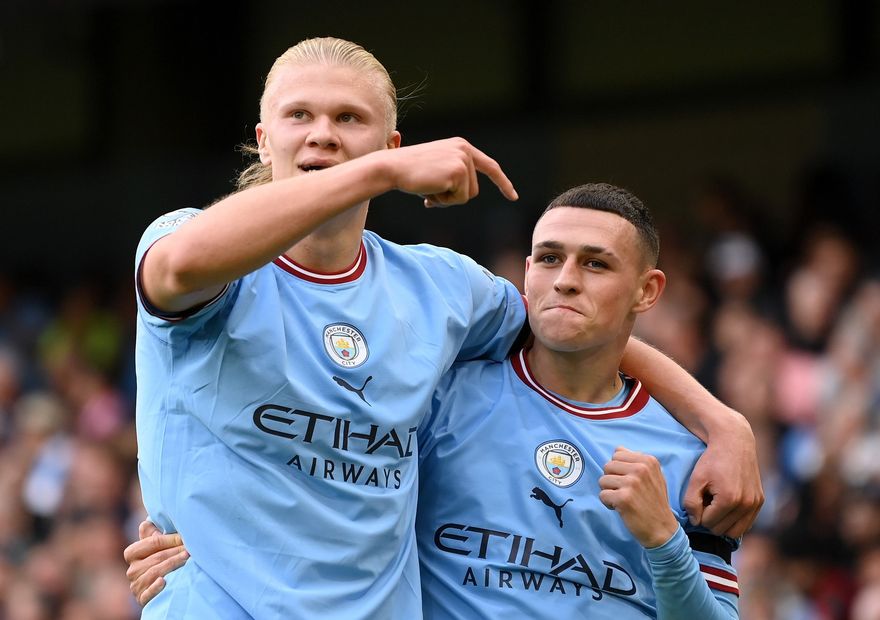 A rested Phil Foden (£8.1m) is one of the very few players who could outscore Erling Haaland (£12.2m) in Gameweek 10 of Fantasy Premier League.

The midfielder was an unused substitute in Manchester City's win over Copenhagen in the UEFA Champions League in midweek, boosting his chances of starting at home to Southampton.

But it will be a brave manager who picks anyone other than Haaland.

The Norwegian is averaging 12.0 points per match in his debut campaign and hosts Southampton on the back of three successive home hat-tricks.

Over 5.6 million managers handed the armband to Haaland in Gameweek 9 and that figure is likely to increase this weekend.

Nonetheless, it is worth noting he has only been the top-scoring player in a Gameweek on two occasions this season, Gameweeks 9 and 5, respectively.

Harry Kane (£11.4m) is another in-form alternative to Haaland. The Tottenham Hotspur forward has attacking returns in seven successive outings ahead of his visit to Brighton & Hove Albion.

Leicester City's Maddison visits AFC Bournemouth on the back of three goals, an assist and 25 points in the last two Gameweeks.

Zaha has three goals and 21 points in his last three home matches ahead of Crystal Palace's home meeting with Leeds United.

Bowen, meanwhile, looks back to his best for West Ham United's home encounter with Fulham.

His 11 shots in the box from Gameweek 5 onwards are more than any other midfielder in Fantasy.

The wing-back produced a goal, an assist and a clean sheet in the 3-0 win.