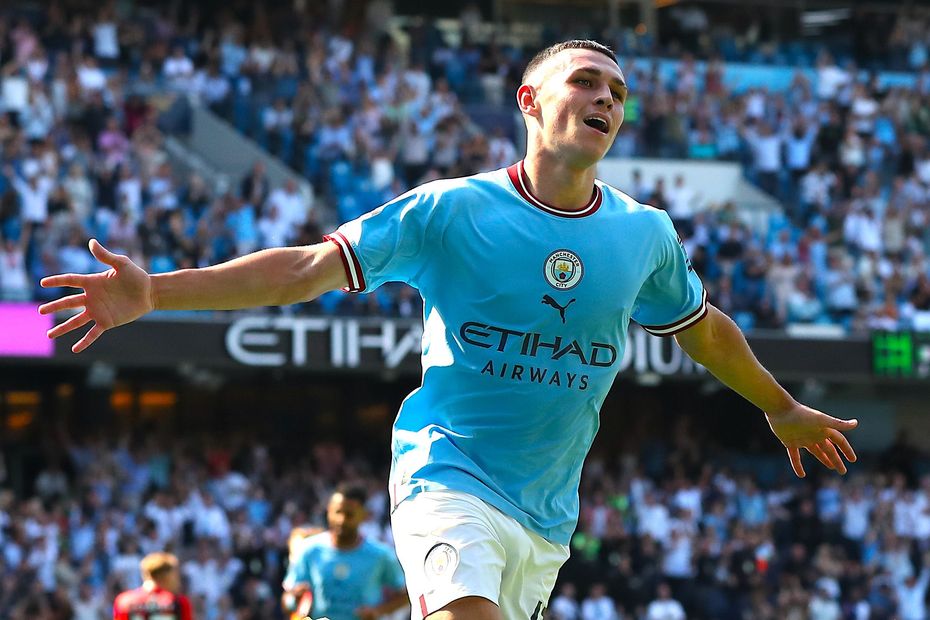 Phil Foden (£8.0m) is among three Manchester City players picked in the best XI for Gameweek 6 of Fantasy Premier League.

Foden visits Aston Villa in a run of consistent form, blanking just once in the last four Gameweeks.

The England midfielder earned 19 points over that period, scoring once and supplying three assists.

Having being withdrawn before the hour mark in Man City’s midweek win over Nottingham Forest, Foden looks set to start against Villa on Saturday.

The Newcastle United No 1 offers many routes to returns at home to Crystal Palace. Pope has amassed 24 points in his first five matches thanks to two clean sheets, five save points and three bonus points.

Liverpool’s right-back is the most-owned defender in Fantasy, found in over 49 per cent of squads ahead of a trip to Everton. Despite blanking in four of his five appearances, Alexander-Arnold’s 17-point haul against AFC Bournemouth in Gameweek 4 highlights his potential for huge scores.

Man City’s Portuguese faces Villa as the top-scoring defender in Fantasy. Cancelo has produced 31 points in five appearances, combining a goal and an assist with three clean sheets and four bonus.

Brighton & Hove Albion’s new left-back entertains Leicester City on the back of a clean sheet and an assist in his first two starts. Since making his debut in Gameweek 4, Estupinan’s five key passes rank joint-top for the Seagulls.

The Nottingham Forest wing-back could prove major value against an AFC Bournemouth side who have failed to score in each of their last four matches. Williams’ 11 shots and nine key passes both rank among the top two defenders in Fantasy this term.

An ownership of under eight per cent makes Foden a huge differential against Villa.

A home meeting with Fulham looks encouraging for the Tottenham Hotspur winger’s prospects this weekend. Kulusevski has made a team-leading 11 key passes and has totalled 16 points across his two home matches.

Back-to-back hat-tricks have taken the Norwegian to the top of the player standings on 58 points. Haaland has delivered returns in all five of his appearances in 2022/23 Fantasy and will be a huge armband favourite in Gameweek 6.

Returning from a three-match suspension for the Merseyside derby, Nunez faces an Everton side without a clean sheet this season. Nunez claimed nine points on his previous road trip for Liverpool, thanks to a goal and an assist at Fulham.

Arsenal’s Brazilian visits Manchester United on the back of three goals and three assists in the last four Gameweeks. Jesus’ 18 shots in the box and five big chances both rank among the top three players in 2022/23 Fantasy.

Part 1: GW6 Ones to watch: Sterling to continue home run
Part 2: GW6 Differentials: Johnson set to trouble Cherries
Part 4: GW6 Captains: Haaland worth the risk
Part 5: Who to captain in GW6? What the experts say