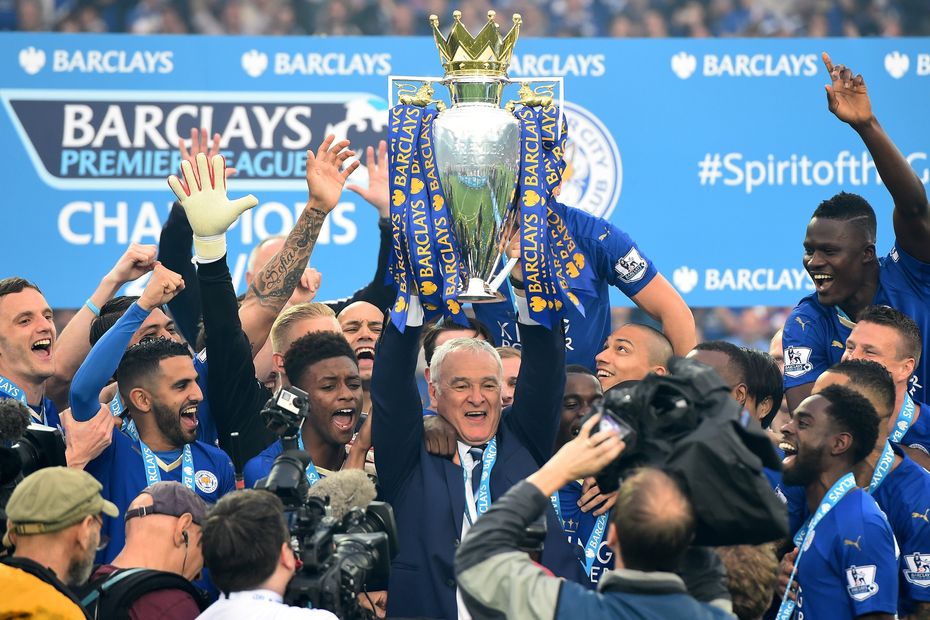 Jamie Vardy – The making of a Leicester City legend External Link
PL30: Leicester's miracle - Where are they now?

Leicester City's 2015/16 Premier League triumph will go down in history as one of sport's greatest ever underdog success stories.

For much of the previous campaign the Foxes had looked certainties for relegation, until seven wins from their last nine matches under Nigel Pearson hauled them off bottom spot and into 14th place.

Momentum was with them, but nobody could have foreseen the incredible ride that would follow under new head coach Claudio Ranieri.

One of Ranieri's most decisive early calls was to move away from the back-three set-up that had worked so well during the closing stages of 2014/15.

The Italian made the switch to a compact 4-4-2 system built to counter-attack with devastating efficiency.

His plan was to operate with two disciplined banks of four, with an energetic deep-lying striker operating behind a speedy centre-forward, who could punish opponents on the break.

During an astonishing campaign in which they lost only three times, Ranieri made just 33 changes to his starting XI.

That is the second-fewest made by Premier League champions, and 20 clear of any other title-winner this century.

Of that group of players, Japan international Okazaki made the fewest starts with 28. Seven individuals featured for over 3,000 of the 3,420 total minutes.

Leicester's spine in 2015/16 was rock solid, and they were inspired by a sensational debut season from new signing N’Golo Kante.

The little-known French midfielder cost £5.6million from Caen and was a revelation in central midfield. His 175 tackles and 156 interceptions were the most in the division.

The Foxes' resolute defensive shape proved hard to break down. And rival teams, perhaps showing a degree of complacency, continued to leave themselves open to counter-attacks.

On those fast breaks the brilliance of Riyad Mahrez, who scored 17 goals and added 11 assists, and Jamie Vardy (24 goals, six assists) regularly made the difference.

Realising their goal threat was enhanced by game plans that revolved around transitions, Leicester are the only champions to have adopted a non-possession-based strategy.

Their average possession figure (42.43 per cent) is by some distance the lowest on record for a Premier League winning team, since such data started being collected in 2003/04.

The quirkiest of seasons

It was enough to steer them to top spot, 10 points ahead of Arsenal in second place.

When you compare the Foxes' numbers from 2014/15 and 2015/16 it is surprising to note that there was not a major shift in terms of shots, shots faced or the amount of possession they enjoyed.

What we witnessed that season was a very special collective effort that enabled an experienced team to produce peak efficiency in the defensive, middle and final thirds.

In the moments that mattered at both ends of the pitch, they delivered consistently.

Ranieri's relaxed demeanour took the pressure off his players, who went on to ride a spectacular and unexpected wave for the entirety of a season that will never be forgotten.

Leicester's magnificent achievement in 2015/16 has, and will continue to, inspire other teams and individuals across all sports at every level.

They proved that nothing is impossible.