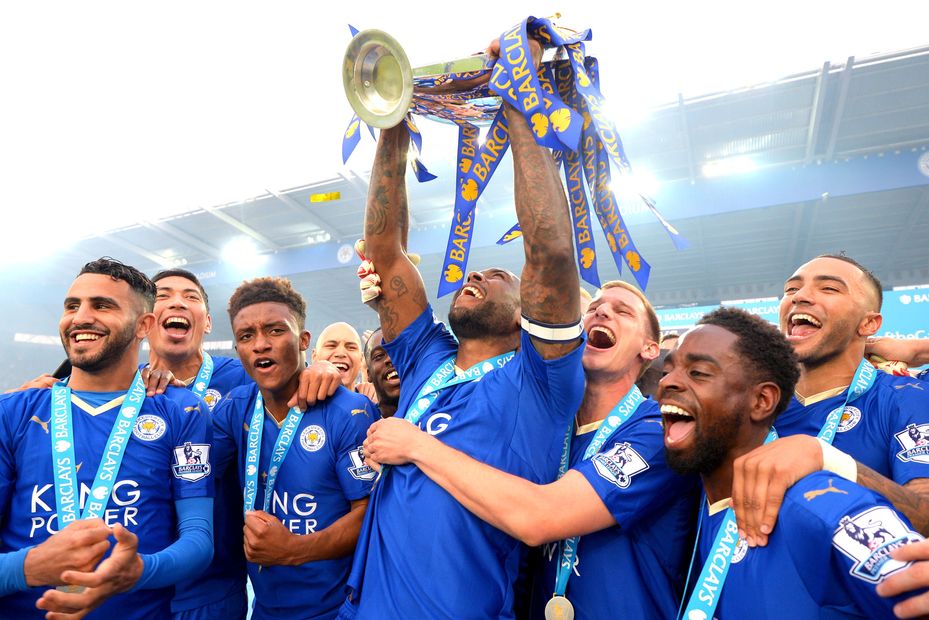 What became of the 2015/16 title-winners who wrote themselves into Premier League folklore?

The 2015/16 Premier League season was undoubtedly one of the most memorable in its 30-year history, with Leicester City's triumph one of the greatest sporting underdog stories.

Having narrowly avoiding relegation in 2014/15, the Foxes shocked everyone by becoming champions the following campaign.

But who were the players that wrote themselves into the history books, and where are they now?

Following in the footsteps of his famous father Peter Schmeichel, Kasper played a pivotal role in the Foxes' success. The Danish goalkeeper played every single minute of the campaign and kept 14 clean sheets. Schmeichel remained at Leicester for another six seasons, before departing in the summer of 2022 to French club Nice.

A product of Manchester United's Academy, Simpson spent five seasons at King Power Stadium, before joining Huddersfield Town in 2019. The right-back is currently plying his trade with Championship side Bristol City.

Captain Fantastic, Morgan's leadership was key to Leicester's historic triumph. He remained with the Foxes until he retired from football in 2021, lifting the FA Cup in his final season. He is now a member of the Premier League’s Black Participants’ Advisory Group.

Huth left Leicester when his contract expired in the summer of 2018. Since hanging up his boots, the German has completed a Master of Science in Sports Directorship degree.

The charismatic Austrian swapped Leicester for a move to Major League Soccer side Charlotte FC in 2021, taking in a loan spell at Charlotte Independence. Outside of football, Fuchs runs a public relations company and a football academy.

One of the star men in 2015/16, Mahrez departed for Manchester City in the summer of 2018. He has gone on to win a further three Premier League titles and was part of the side who finished runners-up in the 2020/21 UEFA Champions League.

Another Man Utd Academy graduate, the midfielder found a home at Leicester following several loan spells. However, a transfer to Chelsea in 2017 yielded only 12 Premier League appearances and several loans. Drinkwater is currently a free agent.

Arriving as an unknown quantity from French side Caen in 2015, Kante was a revelation in central midfield during his sole season at Leicester. He joined Chelsea in the summer of 2016 and picked up another Premier League winner's medal, while he has also won the Champions League and FA Cup. He helped France claim the 2018 FIFA World Cup.

A terrific servant for Leicester, Albrighton is one of only two players from Claudio Ranieri's 2015/16 starting XI who is still with the club. He was part of the side who reached the quarter-finals of the Champions League a year later and lifted the FA Cup in 2021.

The perfect foil to Jamie Vardy, the Japanese forward spent four seasons with Leicester before moving to Spain to play for Malaga, Huesca and most recently Cartagena in the second tier. His contract expired this summer.

Vardy's record-breaking campaign earned him the 2015/16 EA SPORTS Player of the Season award, as he memorably scored in 11 successive matches. Seven years on from his heroics, the striker is still going strong as the spearhead of Leicester's attack.