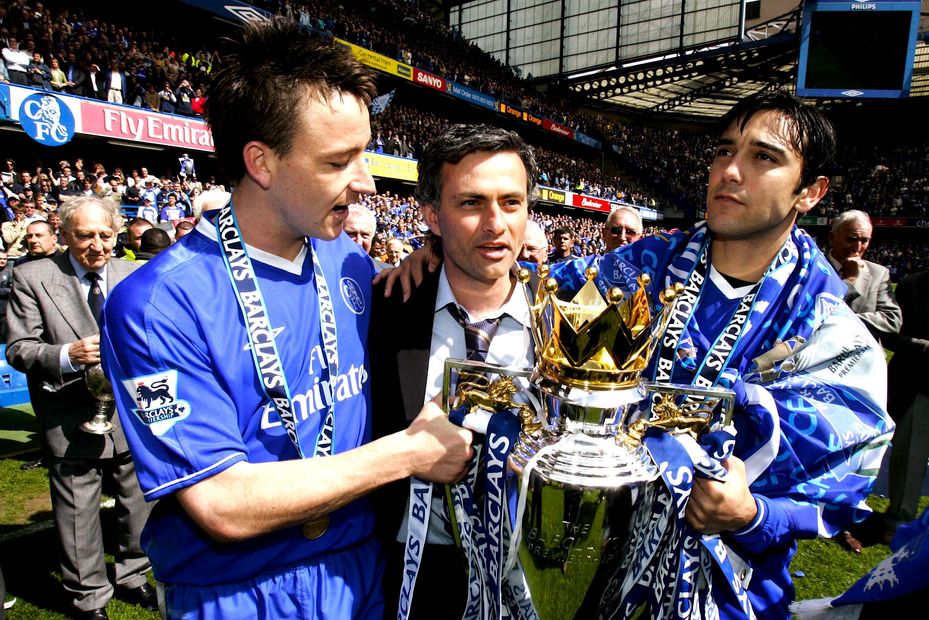 Jose Mourinho arrived at Chelsea with an iconic catchphrase, and he immediately delivered the title

“Please don’t call me arrogant, because what I’m saying is true. I’m European champion and I think I am a special one.”

So began Jose Mourinho’s first press conference as Chelsea manager – and the west London club's time as a football powerhouse both in the Premier League and on the world stage.

Mourinho’s braggadocio swagger off the field came to be matched by his team on it. Chelsea swept all before them en route to a first league triumph in 50 years in 2004/05, setting a string of records in the process – including the most points in a season, and the fewest goals conceded.

A season later, they were champions again.

Mourinho had arrived with a message. And his squad had responded, emphatically. Chelsea, like their manager, were champions. They were indeed special.