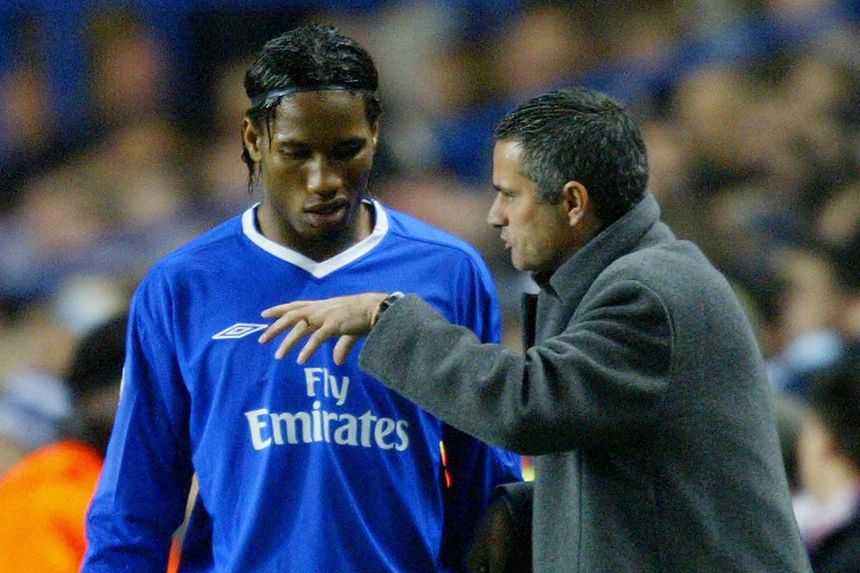 Some would be a hit, some not, but who were the first 10 signings in Mourinho's era?

Signings go a long way to turning a good team into a great team, and the first 10 in Jose Mourinho's first spell as Chelsea manager proved to be pivotal.

As the Premier League celebrates its 30th anniversary, we take a look at how the players Mourinho brought in took the Blues to another level.

The versatile Portuguese defender became the first player to follow Mourinho from Porto and was integral to their first two title wins, going on to spend nine seasons with the club. Following his retirement, Ferreira took up a role as loan player technical coach and was also a club ambassador, before departing Stamford Bridge earlier this year.

Despite arriving from Santos in 2004, the Brazilian defender would have to wait another three years to make his debut for Chelsea, having spent that time on loan at PSV. A free-kick expert, Alex helped the club to claim the title in 2009/10. He announced his retirement in 2016.

The Dutchman was one of the most promising wingers in European football following his switch from PSV and would become a fan-favourite during his three seasons with Chelsea. After winning two PL winner's medals, he departed in 2007 and would enjoy a stellar career with Real Madrid and Bayern Munich. Robben retired for a second time in 2021, following a brief spell at Groningen, the club where he started.

Much was expected of Kezman following a prolific spell with PSV Eindhoven, but the forward managed only four Premier League goals in his one season at Stamford Bridge. He did, however, net the winner in the League Cup final to earn Mourinho his first piece of silverware with the club. Kezman retired in 2012 and became a football agent.

Signed from Marseille, the Ivorian would eventually go on to become one of the competition's most dominant strikers. He won three titles and two Golden Boots in his first spell at Stamford Bridge, before returning in 2014 to claim a fourth winners' medal when reunited with Mourinho. Drogba ended his playing career in the United States with Montreal Impact and Phoenix Rising before retiring in 2018.

An often overlooked member of Mourinho's first Chelsea squad, Tiago featured 34 times in the Premier League and was a reliable performer. Following a single season at the club, the midfielder would go on to play for Lyon, Juventus and Atletico Madrid, retiring in 2017. He enjoyed a stint as Atletico Madrid assistant manager in 2017/18, before a short spell as Vitoria Guimaraes manager in 2020.

Carvalho was another member of Mourinho's Porto side that made the switch to Stamford Bridge in 2004. The Portuguese would play a central role as Chelsea broke numerous defensive records during his debut campaign. After three PL titles, he joined Real Madrid in 2010, before retiring seven years later. Carvalho worked as assistant manager under former Chelsea boss Andre Villas-Boas between 2019 and 2021.

A January transfer window signing, Jarosik made 14 appearances before joining Birmingham City on loan for the 2005/06 season. After a loan spell with Celtic, he played for clubs including Real Zaragoza and Sparta Prague, before hanging up his boots in 2015. Jarosik has since forged a successful coaching career, and he is currently manager of FK Teplice.

The Spanish left-back joined from Athletic Bilbao in June 2005 and in a brief spell at the club, he made 25 appearances, scoring once. After one season at Stamford Bridge he returned to Spain with Valencia. Del Horno retired in 2012.

A bit-part player for Chelsea, the midfielder made 13 Premier League appearances during his three seasons with the Blues. After spells at clubs including Arsenal, Portsmouth, Real Madrid and Paris Saint-Germain, Diarra retired in 2019.