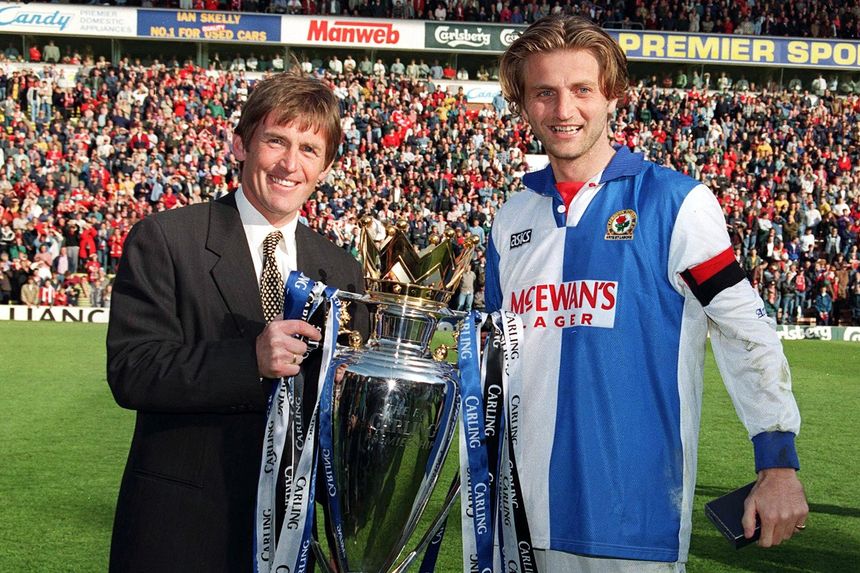 PL30: Were Shearer and Sutton the best-ever partnership?
PL30: The Rise of the Manchester United Dynasty
Trophy Tour kicks off celebrations of PL30

The Premier League is today releasing the second film in its "Iconic Stories" series to mark the League's 30th anniversary.

"The Rovers Return – The Team That Jack Built," focuses on Blackburn Rovers’ incredible title win in the 1994/95 season and features two stars of that side: the Premier League’s all-time leading scorer Alan Shearer and captain Tim Sherwood.

Shearer, who scored 34 Premier League goals that season, met up with his former team-mate in a pub to reminisce about one of the most remarkable campaigns of the last three decades.

"It was an incredible achievement," the Hall of Fame inductee said. "Little old Blackburn. The town of Blackburn. To come in and take on the might of Manchester United and beat them was one hell of a story.

"I looked at the crowd and the Blackburn fans behind the goal were going mad. Man Utd hadn’t won. That was it. The title was over, we had won. It was an amazing day to be part of, a day I will never ever forget."

Sherwood explains how the triumph was just reward for the hard work and financial investment of club owner Jack Walker.

"To be part of a team and a group that could fulfil a dream for a man like Jack Walker, such a good man, was just a dream come true," he said.