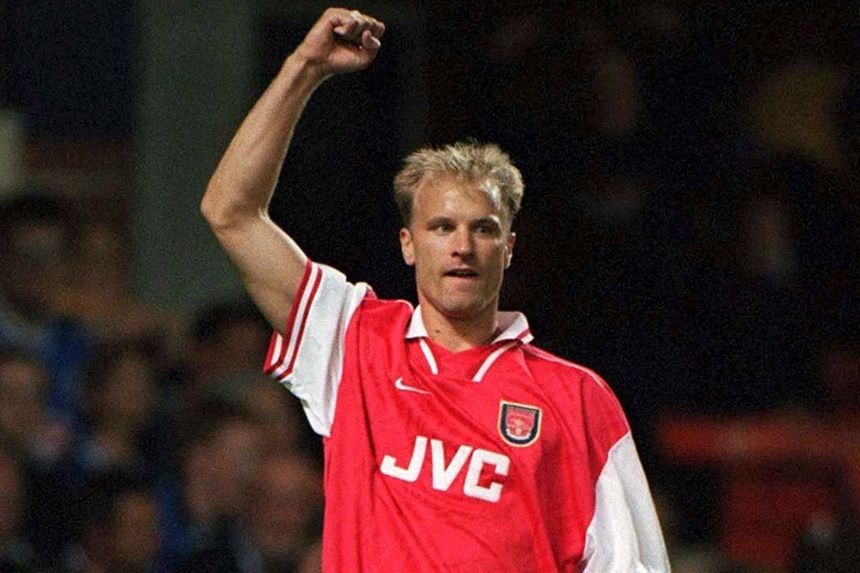 Look back at some of the Dutchman's greatest efforts for Arsenal

PL30: Dennis Bergkamp - A Genius of Space
PL30: Poll: What is the best-ever Premier League goal?
On this day in 1995: Arsenal sign Bergkamp

Dennis Bergkamp's goal at Newcastle United is arguably the best in the Premier League's 30-year history, but it was only one of many brilliant strikes that the Hall of Fame inductee performed in his time at Arsenal.

Here are five more for you to enjoy.

It took seven matches for the mercurial Dutchman to get off the mark, but when he did, it was in style with two stunning strikes in a 4-2 win over Southampton at Highbury.

The first was excellent, but the second is the one that takes the acclaim when he produced a wonderful long range effort past Saints goalkeeper Dave Beasant after receiving the ball in the middle third of the pitch.

If there was ever a way to make yourself a hero amongst supporters, score in the derby.

By 1996, Bergkamp had already endeared himself to the Arsenal faithful, but this goal against fierce rivals Tottenham Hotspur was something else.

After controlling a cross from Ian Wright, the phenomenal Dutchman used his first touch to cut inside of the defender, and a second to rifle the ball into the bottom right corner.

Bergkamp would only ever score one hat-trick for Arsenal and what a treble it was in August 1997.

Even with a defender closing him down, the incredible Dutchman produced an outstanding curling effort into the top right corner.

This however was something else, after receiving a pass from David Platt, Bergkamp brought the ball down beautifully from the sky before taking a few touches and then slotting the ball into the far corner.

After being inducted into the Premier League Hall of Fame in 2021, Arsenal's former no.10 revealed it to be his favourite for the club.

There appeared to be little in the way of danger when Bergkamp collected the ball on the halfway line, but all that was about to change.

Making a beeline for the penalty box, he showed a superb burst of speed to get past one player, before slotting into the bottom corner.

Part 1: PL30: Dennis Bergkamp - A Genius of Space
Part 3: Test your knowledge of Dutchmen in the Premier League
Part 4: PL30: Poll: What is the best-ever Premier League goal?