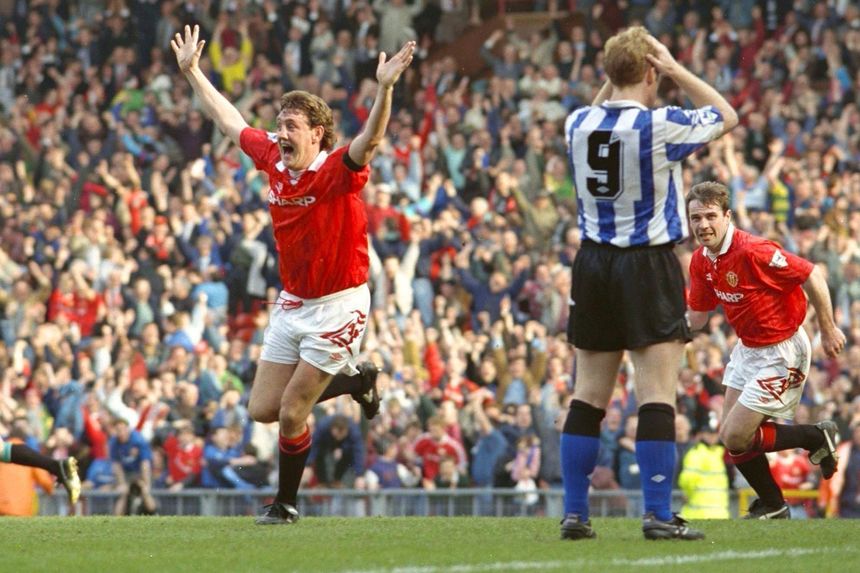 Did Man Utd under Sir Alex Ferguson really score more 90th-minute goals than anyone else?

It is one of the most memorable moments in Premier League history.

On 10 April 1993, Steve Bruce popped up deep into stoppage time to score a dramatic winner against Sheffield Wednesday that set Manchester United on the way to their first Premier League title.

It was a scene that seemed to be replayed countless times... the clock ticking past the 90-minute mark with United, watched on by a wristwatch-glancing Sir Alex Ferguson, piling on the pressure against nervy opposition before scoring late on for a precious three points.

But do the stats back up this idea of Man Utd's superiority when entering the final stages of a match? The answer may surprise you.

While Ferguson's side certainly had an impressive number of winners scored in the 90th minute or later during his Premier League reign, with 16, four clubs totalled more.

Arsenal were second with 19.

Incredibly, United would have to wait almost 10 years after that Bruce goal before scoring another winner in the 90th minute or later.

That was scored by Paul Scholes against Sunderland on New Year's Day 2003.

And in the 1990s, United scored as many 90th-minute winning goals in the Premier League as the likes of Ipswich Town, Nottingham Forest and Oldham Athletic.