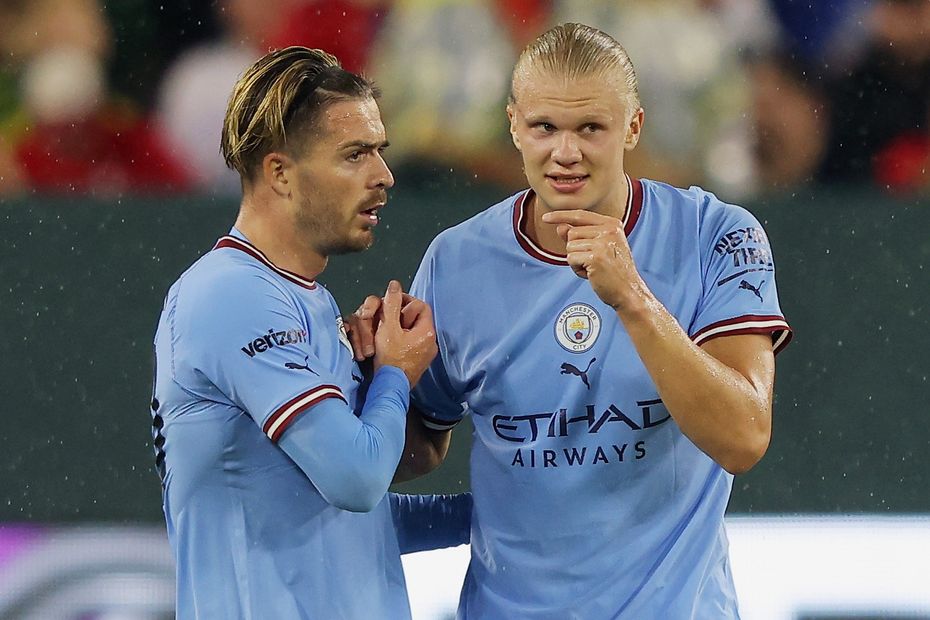 Picking Manchester City midfielders can be a risky business due to "Pep Roulette", but Lee Bonfield believes he has found a secure and budget-friendly way to double up on the champions' prolific attack.

"This is a big year for Jack Grealish. He's got a lot to prove," says Lee.

"I predict Grealish will be playing either off the left or around Haaland, and if Haaland is occupying those centre-halves that's going to free up space for the likes of Phil Foden [£8.0m] and Grealish to make their move in those spaces. At £7.0m he's worth a look in your FPL team."

"I call him an 'enabler' but I actually predict he’s going to get plenty of game time," Lee adds. "We know that Christian Eriksen [£6.5m] is on his way over to Old Trafford. He's going to be missed by the Bees.

"If Ivan Toney [£7.0m] and Bryan Mbeumo [£6.0m] are going to get the same output that they saw last season, they're going to need someone to take the creative mantle off Eriksen.

"I think it could be Josh Dasilva so if you want him as your fifth budget midfielder enabler – at £4.5m he could be one of the bargains of the season."