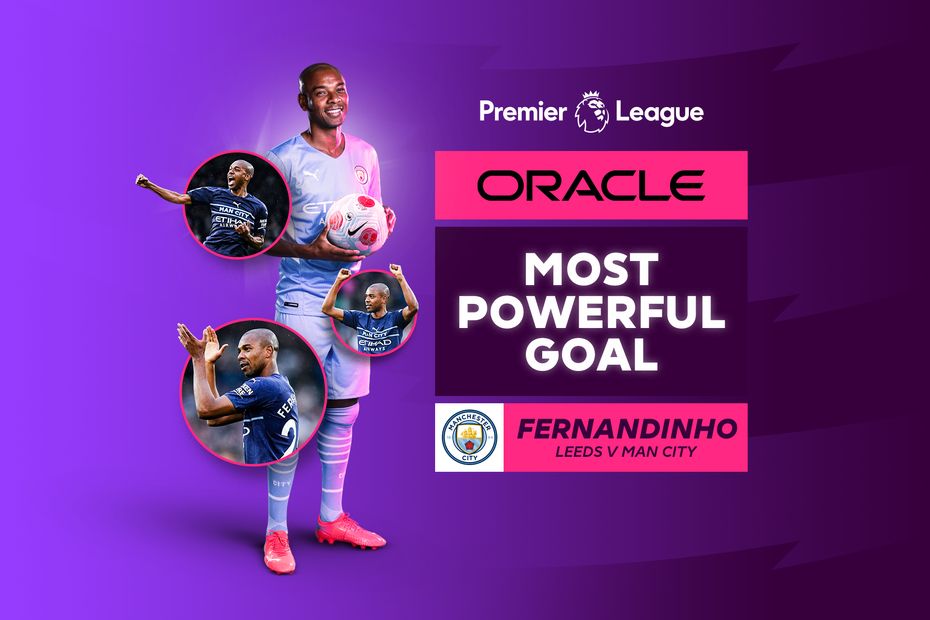 Fernandinho strike wins most powerful goal award External Link
What are Oracle's Match Insights for the Premier League?
How the Most Powerful Goal award works

In a season full of tremendous strikes, only one shot could win the new Most Powerful Goal award.

The Man City midfielder's fierce shot was measured to have an average speed of 117.6km/h between the ball leaving his boot to crossing the goalline.

This was the fastest average speed from all the goals scored from outside the area in the 2021/22 season, without a deflection off another player.

It was by far the most powerful shot calculated by Oracle, the Premier League's official cloud provider.

The Brazilian's strike beat the next-most powerful goal, James Ward-Prowse's strike for Southampton at Brighton & Hove Albion, which was measured at 104.7km/h.