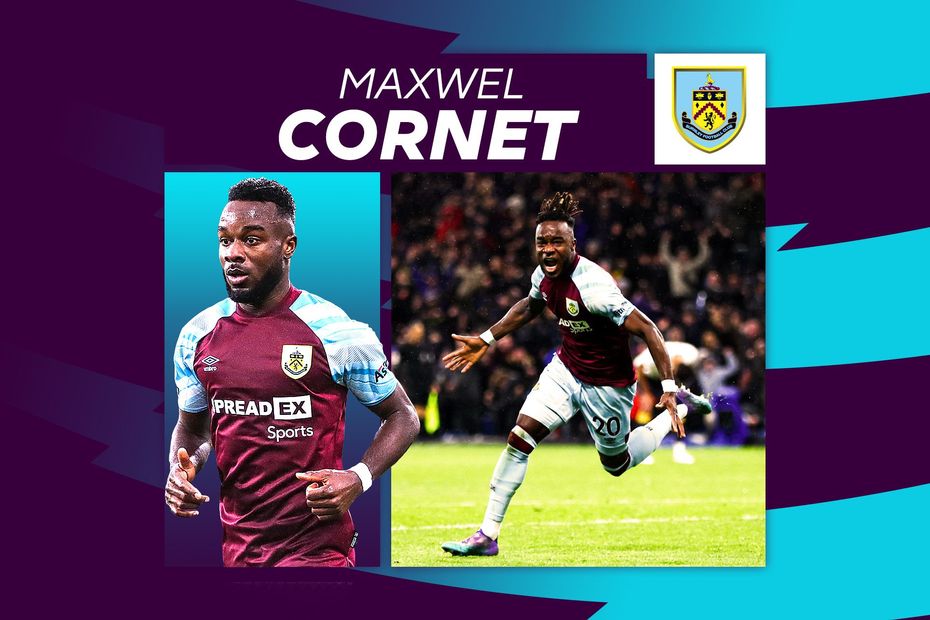 Jackson chosen as April's Barclays Manager of the Month
Flashback: Burnley shock Spurs with comeback
Lennon: I didn't realise there was so much help around

With Burnley in desperate need of points, Barclays Manager of the Month Mike Jackson has to not only start Cornet at Tottenham Hotspur but also find a system that is built around him.

The Ivorian's consolation goal as a second-half substitute in last weekend's 3-1 home defeat by Aston Villa was a reminder of the dynamism and quality he provides.

Cornet is by some distance Burnley's strongest goal threat. Of the players expected to be fit to face Spurs, his 188.8 minutes-per-goal ratio is way ahead of his team-mates.

If Burnley adopt counter-attacking tactics do not be surprised if Cornet operates as one of the central strikers.

With a conversion rate of 25 per cent, Burnley will want their best chances to fall to him as they continue their fight to stay up.

While Antonio Conte's men have a third central defender, they will be reluctant to step out and leave a 2v2 with Burnley's two strikers.

Burnley must also learn tactical lessons from their loss to Villa if they are to boost their hopes of safety with a result at Tottenham Hotspur.

Second-best to Steven Gerrard's side in every department last time out, Burnley particularly struggled to contain Emiliano Buendia in the spaces between their back four and midfield.

Set up in a rigid 4-4-2 formation by Jackson, the Clarets' three units were consistently opened up by Villa's movement and progressive passing at Turf Moor.

Villa's use of a front two prevented Burnley's central defenders from stepping forward to engage with No 10 Buendia, whenever he popped up in space in front of them.

He was left alone to receive a pass for Villa's opener, before sliding in Danny Ings to score with a precise through-ball.

One of Burnley's core strengths under Sean Dyche was their compactness between the defence, midfield and attack.

This is important when they retreat out of possession, but even more so when they press.

When the forwards trigger a press, the midfield and back four must squeeze up to congest space as a collective, which was not always the case against Villa.

If Burnley do not shrink those spaces Harry Kane, Dejan Kulusevski or Son Heung-min are certainly bright enough to take full advantage.

Kane likes to drop into gaps between the lines, so it is imperative that striker Ashley Barnes tracks back on to a midfielder, so that Cork or Brownhill can shield service to the Spurs star.

As a pair, they need to be on his toes, preventing Kane from turning with the ball.

From an attacking perspective, Jackson could ask Dwight McNeil to mimic this tactic by making sporadic runs of his own into those central pockets inside Spurs' half.

It will take a resilient team effort to keep Burnley in the match and give their star individuals like Cornet opportunities to turn it in their favour.

Part 2: Pickford providing the platform for Everton's push to stay up