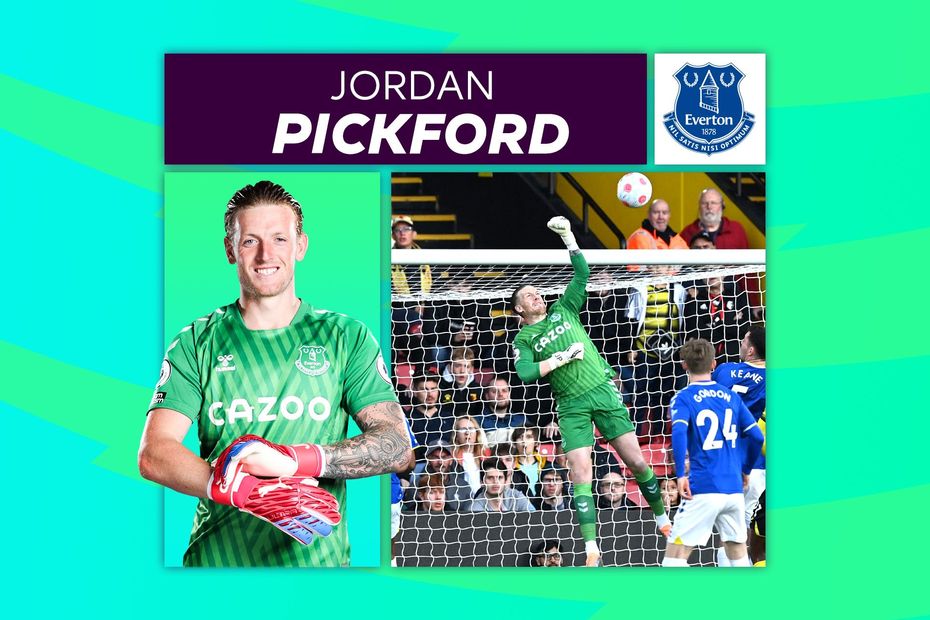 The inspired form of Jordan Pickford has provided the catalyst for Everton's late-season bid to avoid relegation.

Raising high standards when his side needed him most, the 28-year-old goalkeeper conjured heroic displays in crucial victories over Manchester United, Chelsea and Leicester City.

Frank Lampard's switch to a 5-4-1 shape with Alex Iwobi and Vitalii Mykolenko at wing-back has provided additional security and balance in recent outings.

However, conceding just four goals in his last six Premier League appearances – a run that includes three clean sheets – the England No 1 has been their star player.

Pickford's standout moment was a remarkable save to deny Cesar Azpilicueta at Goodison Park, scampering across his goal-line to somehow paw away a close-range effort that looked destined for the back of the net.

Pickford save against Chelsea

From an expected-goals (xG) perspective, the Everton 'keeper has beaten the odds in an incredible purple patch, conceding fewer than Opta's xG metric had predicted in each of his last six matches.

Whilst over the course of the entire campaign, Pickford's goals-prevented tally stands at just +0.2, since the start of 2022 that figure now stands at an impressive +2.03.

Only four top-flight goalkeepers have prevented as many expected goals during the same period, where he has outperformed all the 'keepers from the leading seven clubs.

To claim three points that could all-but secure their safety if results go their way this weekend, Everton must defend especially well from set-pieces.

Thomas Frank's Brentford have scored 14 times from set-plays this term (ranked joint third) and they boast the highest expected-goals figure from dead balls, with 17.

Christian Eriksen's deliveries have been excellent and the likes of Pontus Jansson, Ivan Toney and Kristoffer Ajer pose a serious threat in the air.

Most punches from set-pieces

When those corners and wide free-kicks are sent into the danger zone, Pickford's willingness to come off his line to clear danger could be a useful deterrent.

The Toffees' No 1 is bold when coming out through bodies to get a connection on the ball.

In fact no Premier League 'keeper has made more punches than the Everton man this term.

If Lampard's side are to earn the points they need from this fixture to secure their place in the division, they will more than likely need another stellar performance from their in-form 'keeper.

Pickford is finishing a challenging campaign in the strongest possible fashion.

Part 1: Cornet threat on the counter can trouble Spurs