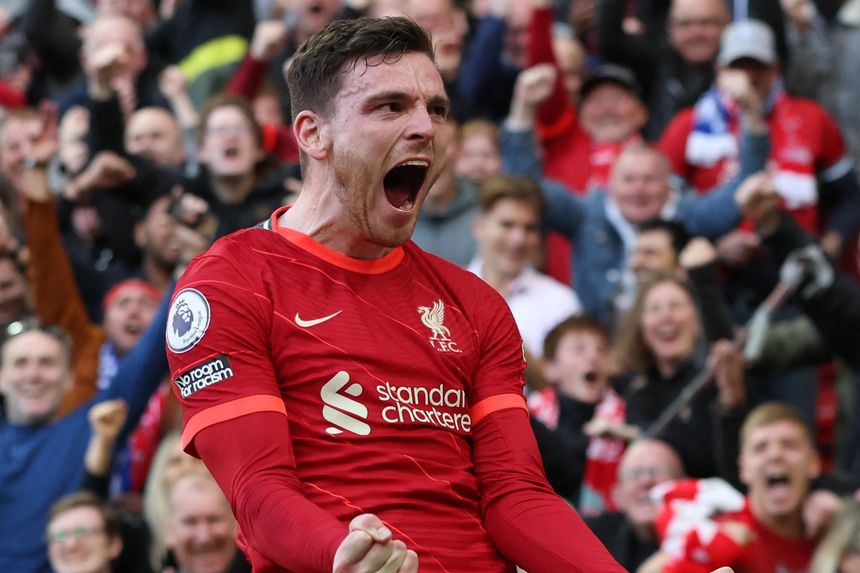 A trip to Newcastle United gives Andrew Robertson (£7.3m) the chance to continue his outstanding run of form in Fantasy Premier League.

The Liverpool left-back has blanked just once in his last 12 Gameweek appearances, amassing a team-leading 100 points in that run.

Robertson’s multiple routes to returns are the key to his success in Fantasy.

He has combined a goal and six assists with 10 clean sheets and 14 bonus from Gameweek 22 onwards.

Robertson earns a place in a best XI that lines up in a 4-5-1 formation, with team-mate Mohamed Salah (£13.3m) handed the armband and Son Heung-min (£11.0m) named as vice-captain.

The Southampton No 1 earned a personal season-high haul of 10 points in his previous home match. Forster hosts a Crystal Palace side without a goal in each of their last three contests in all competitions.

An ownership of only 11.0 per cent highlights Robertson’s potential as a huge differential for the run-in.

Cancelo has claimed a clean sheet in each of his last three away matches ahead of a visit to Leeds United. His total of 66 shots is more than any other player for Manchester City this season.

The Wolverhampton Wanderers wing-back can deliver points at both ends of the pitch at home to Brighton & Hove Albion. Jonny has amassed 22 points in his last three outings at Molineux, scoring twice and keeping a clean sheet.

At a cost of just £4.3m, the Tottenham Hotspur defender offers major value at home to Leicester City. Sessegnon has two assists, two clean sheets and 18 points in his last three appearances.

Away from home, his 11 goals and 20 big chances are both more than any other player in Fantasy. Salah has averaged 8.6 points per match on his travels this term, blanking in just three of his 14 starts.

The Belgian is the most-bought midfielder in the Gameweek with over 78,000 new owners. De Bruyne claimed his second-best haul of the campaign in his last meeting with Leeds, producing 16 points in City's 7-0 win in Gameweek 17.

Spurs’ South Korean has delivered six of his eight double-figure hauls this season at home. Son entertains a Leicester side who have struggled in defence on the road, managing just a single away clean sheet this term.

The England star scored and picked up seven points in Chelsea's last meeting with Everton in Gameweek 17. Mount's ownership has climbed to 22.9 per cent, making him the fourth most-popular midfielder in Fantasy.

The playmaker has averaged seven points per home start for Aston Villa since joining on loan in January. Coutinho faces a Norwich City side who have conceded three goals in each of their last two outings.

Arsenal’s forward scored twice and collected 13 points in his last away match. Nketiah is expected to retain his starting role ahead of Alexandre Lacazette (£8.2m) as the Gunners travel to a West Ham United side with injury concerns in defence.