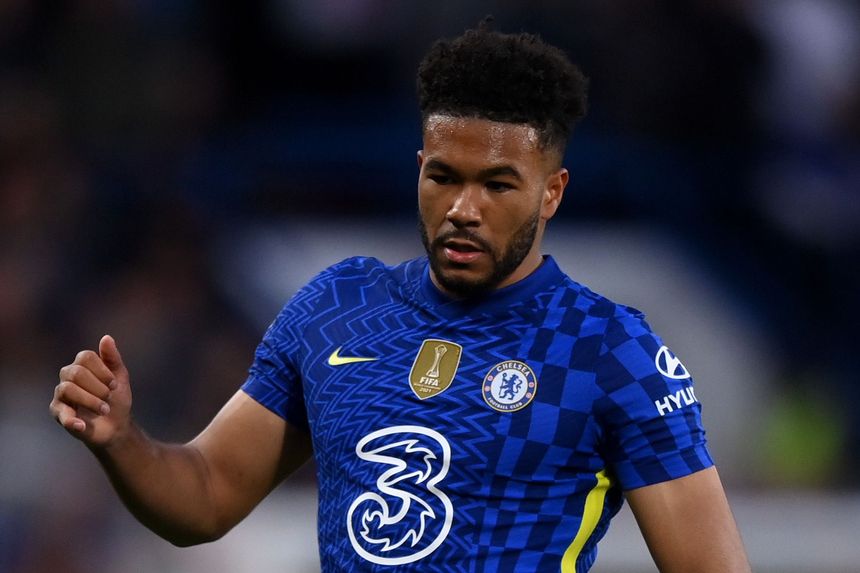 A Double Gameweek 34 for Chelsea raises the prospects of Reece James (£6.3m) in Fantasy Premier League.

Chelsea are among only two sides to play twice in the upcoming round of matches, hosting West Ham United before visiting Manchester United.

James’ all-round potential has helped him average 6.8 points per start this season. The wing-back has combined five goals and six assists with six clean sheets over his 20 appearances.

He has produced five double-figure hauls in Fantasy, joint-top for the Blues.

A home match with Leeds United gives the Crystal Palace No 1 an opportunity to deliver more returns. Guaita has kept clean sheets against Manchester City and Arsenal in his last two outings at Selhurst Park, totalling 16 points.

James is the most-bought defender in the Gameweek, transferred in by 70,000+ managers.

Man City’s centre-back boasts strong all-round potential at home to Watford. Laporte’s 28 shots inside the box are more than any defender in 2021/22 Fantasy.

The Brighton & Hove Albion wing-back hosts Southampton on the back of two clean sheets and four bonus in his previous four matches. Cucurella’s 36 key passes ranks sixth among all defenders this term.

Liverpool’s star scored twice and earned 15 points in his last meeting with Everton. Salah produced 19 points against Man Utd in midweek, his 10th double-figure return of the campaign.

Mahrez has produced double-figure returns in each of his previous five home starts for Man City. He has amassed 61 points over those encounters, scoring six goals and supplying three assists.

Five of Havertz's seven goals this season have come in Chelsea’s last six matches. His 15 shots, 14 shots in the box, 11 shots on target and seven big chances were all more than any team-mate in that period.

Chelsea’s midfielder is the most-bought player for GW34, earning 170,000+ new owners.  Mount has four goals and three assists in his last four outings in all competitions.

The Swede has averaged 7.3 points per away match ahead of Tottenham Hotspur's trip to Brentford. Kulusevski has three goals, four assists and 44 points over his six road trips since joining Spurs in January.

Man Utd’s striker has scored a hat-trick and collected 17 points in two of his last three appearances. Ronaldo can take advantage as both Arsenal and Chelsea have struggled to keep out their opponents recently.

Norwich City’s talisman hosts Newcastle United in prolific form, with four goals, two assists and 40 points in his previous six outings. Pukki scored and earned eight points in his last meeting with the Magpies in Gameweek 14.