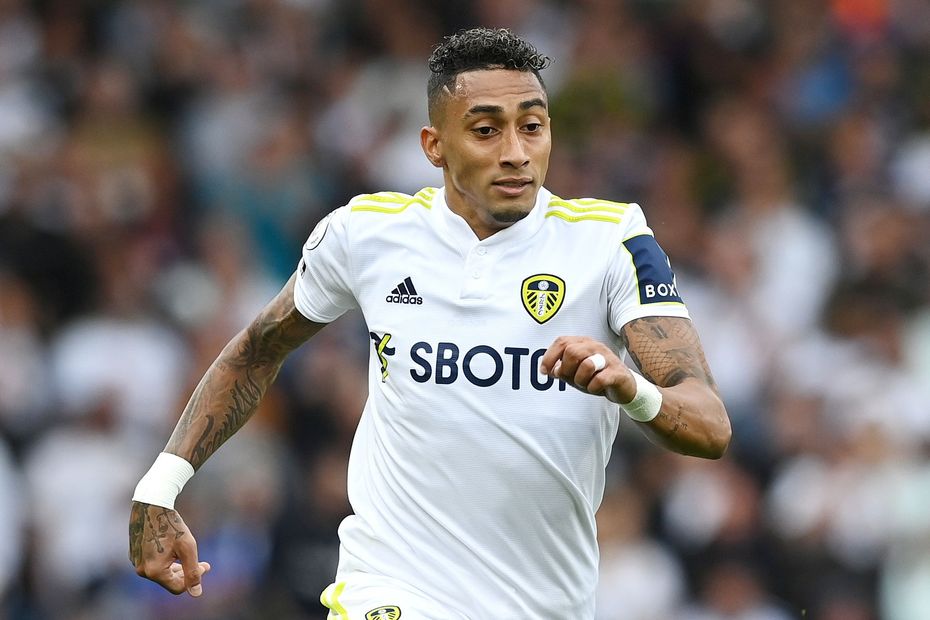 A home encounter with Southampton looks encouraging for Raphinha (£6.5m) in Gameweek 31 of Fantasy Premier League.

The winger has been one of Leeds United’s most impressive performers since Jesse Marsch was appointed head coach.

Raphinha’s seven shots, six shots in the box and seven chances created all put him among the Whites’ top two players in their last four matches.

Leeds welcome Southampton on the back of successive wins over Norwich City and Wolverhampton Wanderers.

And their visitors’ record on the road points to more success for the Elland Road side.

Saints have conceded at least twice in 11 of their 14 away matches this season.

Burnley’s No 1 has returned double-figures in two of his three Double Gameweeks this season. Pope offers the potential of save points against Manchester City in the first match of his Double Gameweek 31, before a very favourable home fixture against Everton.

The left-back is the most-bought player in Gameweek 31, earning 140,000+ new owners for Liverpool’s home fixture against Watford. Robertson has blanked in just one of his last 14 matches, amassing a league-high 116 points from Gameweek 13 onwards.

Man City’s Portuguese has produced four of his six double-figure scores this season in away matches. Cancelo has kept a clean sheet and earned three bonus points in each of his last two road trips.

The Tottenham Hotspur wing-back offers multiple routes to returns at home to Newcastle United. Doherty has 41 points in his last five appearances, combining one goal and three assists with three clean sheets.

Liverpool’s Egyptian has averaged 11.7 points per match against Watford in his Fantasy career. Owned by 60.6 per cent of managers, Salah has recorded hauls of 10 and 18 points in his last three outings at Anfield.

The midfielder has scored six goals on the road in 2021/22, more than any other player for Man City. Away from home, Foden’s 23 shots in the box, 13 shots on target and eight big chances are all team-leading totals for the league leaders.

The Arsenal winger visits Crystal Palace on the back of five goals, an assist and 49 points in his last five road trips. Saka has blanked just once in that run, returning double-figures on three occasions.

He has been involved in 50 per cent of Leeds’ home goals when selected this season, scoring six and assisting a further two.

The winger has been Everton’s main goal threat on the road this term ahead of their Double Gameweek 31 visits to West Ham United and Burnley. Away from home, Gray’s 19 shots and eight shots on target are both more than any team-mate.

Spurs’ forward welcomes Newcastle in his most prolific form of the campaign. Kane has 51 points in his last five appearances, scoring five goals and supplying a further four assists.

Since making his debut in Gameweek 23, the Dutchman’s total of 10 shots in the box places first for Burnley. Weghorst is the second most-bought forward in Gameweek 31, earning 78,000+ new owners for his meetings with Man City and Everton.

Part 2: GW31 Captains: Kane and Son can rival Salah
Part 3: Who to captain in GW31? What the experts say