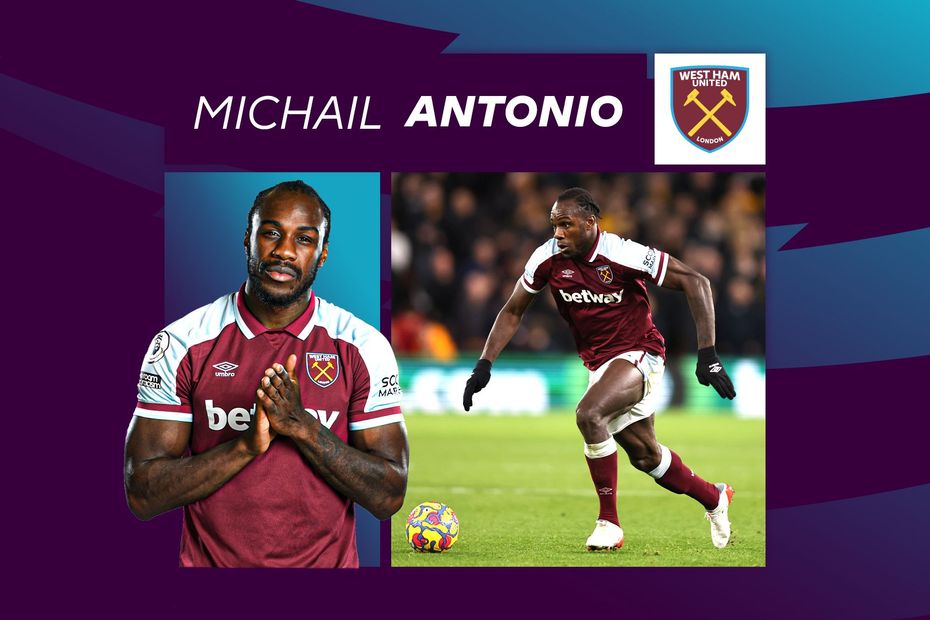 Antonio has scored just twice since October and is without a goal in his last six Premier League starts, but will hope to end his drought against Wolverhampton Wanderers on Sunday.

The West Ham United striker has started 24 of their 26 matches so far, including 20 appearances that lasted the full 90 minutes.

Of the top-flight players to have netted eight or more goals this term, that is a joint-high alongside Liverpool star Mohamed Salah.

Fortunately for West Ham, fellow forward Jarrod Bowen has stepped up to deliver, but their top-four prospects would undoubtedly be enhanced if both hit form at the same time.

Still waiting for his first goal against Wolves for West Ham, Antonio will be desperate to end his barren run.

Early in the season, Antonio caused the opposition a host of problems with his powerful running.

Since then, many of West Ham's opponents have set up in a deeper block, attempting to deny him space to stretch them.

On counter-attacks, Antonio has begun to act as more of a creator too, regularly dropping to link play or leave room into which Bowen can sprint.

Since his last goal on New Year's Day, Antonio has not been guilty of missing a number of chances and, during that period, his Expected Goals tally has totalled only 0.6.

Without another established centre-forward to rest and rotate with, Antonio has played on through his difficulties.

Fatigue is possibly a factor behind the downturn in goals, but the striker is making the same number of sprints per match as he did in his first 18 appearances of the season.

Antonio has also covered more distance per 90 minutes in the league since the turn of the year.

It is not just Antonio who has been searching for his best form; Tomas Soucek, Pablo Fornals, Said Benrahma and Manuel Lanzini have all been quiet by their usual standards too.

Given Wolves' midweek trip to Arsenal, however, David Moyes will hope his side will be the fresher of the two come Sunday's encounter.

Antonio will certainly be keen to get back among the goals and help boost West Ham's top-four hopes.

Part 1: Why Broja has been the right fit at Southampton
Part 2: Lampard can profit by sticking with front two against City