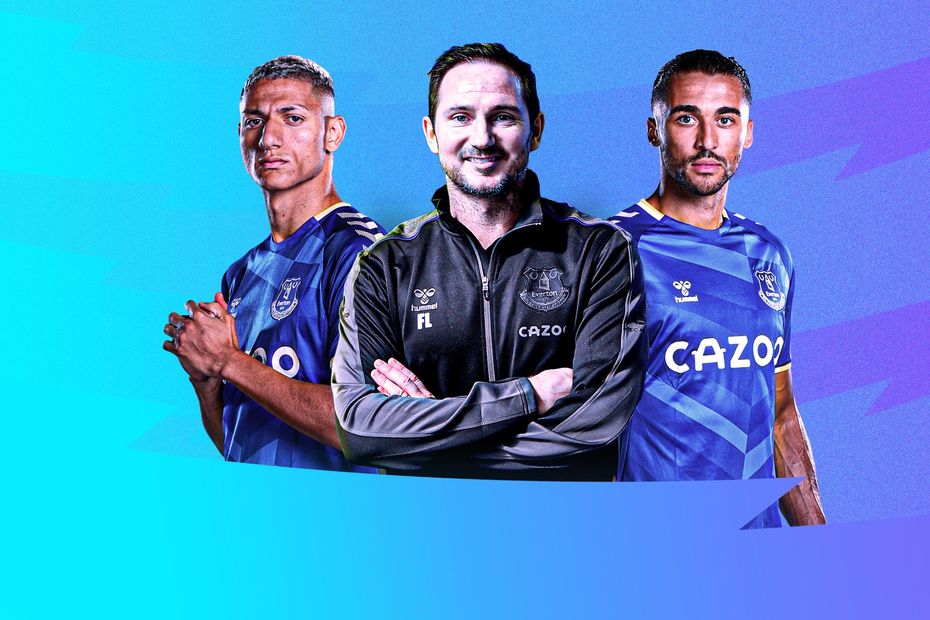 It will be fascinating to see if Lampard is bold enough to continue with a strike pairing of Richarlison and Dominic Calvert-Lewin against Manchester City.

In his last two matches in charge, Everton’s new manager has used a classic 4-4-2 shape.

Man City's incredible strength in midfield means the majority of their opponents look to pack this area with at least three players.

Just two Premier League teams, Southampton and Burnley, have started in a 4-4-2 shape against Pep Guardiola's champions this term.

But while Burnley lost 2-0, Southampton performed outstandingly well to claim a goalless draw at the Etihad Stadium and then a 1-1 stalemate in the return fixture.

Ralph Hasenhuttl instructed his wide men to stay narrow out of possession to ensure the central midfielders were not overloaded.

Then when Saints won the ball, their system allowed them to spring attacks at pace and carry a goal threat throughout.

When you analyse City’s season so far, they seem to have found it harder to score against opponents who start with two up front.

They are perhaps more reticent to push their full-backs forward when facing two wingers, and have ground out results rather than producing spectacular displays.

Lampard, who has won both of his home matches so far in all competitions, may be inclined to stick with his 4-4-2 system on Saturday.

It is too early to provide a clear assessment of how Lampard's Everton will look long-term.

They have impressed at Goodison Park, beating Brentford and Leeds United 4-1 and 3-0 respectively, but laboured badly in defeats at Newcastle United and Southampton.

Lampard has publicly urged his players not to play too many hopeful long forward passes, encouraging them instead to play through the lines with greater confidence.

So far there has been no discernible improvement in their ability to thread the ball forward to their midfielders and forwards.

Everton's passing accuracy has been 73.8 per cent under their new manager, which is almost identical to their average over the whole season.

However, their proportion of long passes has dipped from 16.5 per cent to 14.4, hinting that the players are shortening up their distribution as requested.

The hardworking front two of Richarlison and Calvert-Lewin have made it harder for opponents to pass out from the back. And behind them, Everton’s midfield have tried to be aggressive.

Loan signing Donny van de Beek is playing in an orthodox central-midfield role and was terrific in the victory over Leeds, winning possession back on a match-leading 10 occasions.

To be competitive against a side of City's quality this weekend, the Dutchman and his team-mates must work hard and snap into the tackles.

At this early stage of Lampard's Everton tenure it is a small sample size, but there has been less emphasis on crosses in his three Premier League matches.

Lampard is asking for more from his wide men defensively, so perhaps that has impacted their output in the final third.

Everton's threat out wide has doubtlessly also been diminished by Lampard's decision to start with two right-footers on the left flank - Jonjoe Kenny and Anthony Gordon - while Alex Iwobi also likes to drift infield from the right side.

If the new manager is to get the best from Richarlison and Calvert-Lewin, who are both dangerous in the air, he may need to adapt his approach.

Part 1: Why Broja has been the right fit at Southampton
Part 3: Antonio's pace can hasten his return to form