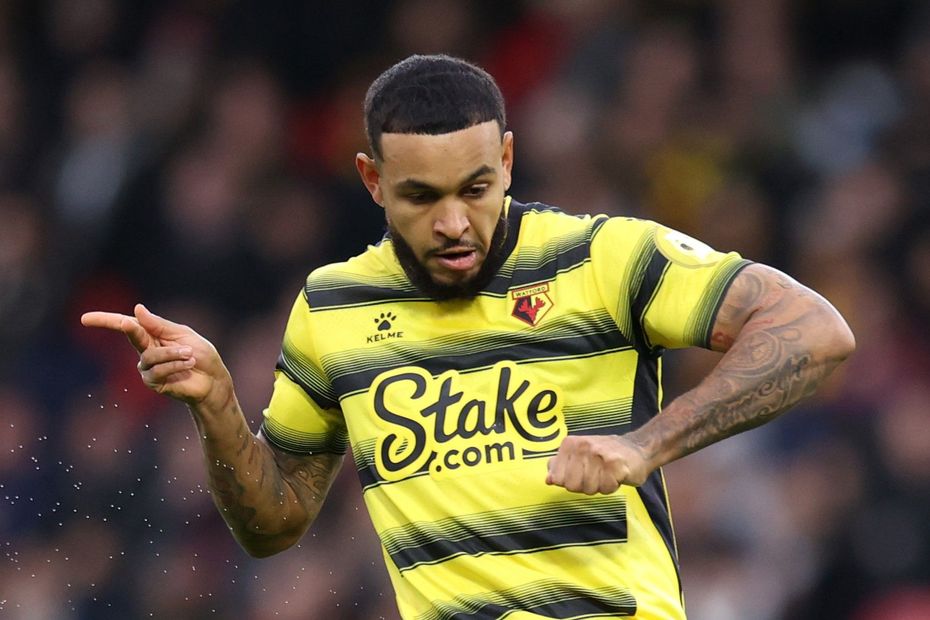 Watford’s Norwegian has been largely overlooked due to the popularity of his team-mate Emmanuel Dennis (£6.1m).

Whereas Dennis is owned by 38 per cent of FPL managers, just 7.5 per cent have selected King ahead of the Hornets’ matches against Newcastle United and Burnley.

However, the underlying numbers show King has boasted the greater goal threat under Claudio Ranieri.

His 28 shots and 23 shots in the box are both team-leading totals since the Italian took charge in Gameweek 8.

Indeed, King's 11 big chances rank third among all players in Fantasy in that period, suggesting he could be a major captaincy contender for Double Gameweek 22.

The Nigerian is the top-scoring forward in Fantasy thanks to his all-round output.

Dennis has been involved in 14 goals this term, scoring eight and assisting a further six.

He has been Watford's top performer under Ranieri, averaging 6.8 points per match over his 10 outings for the Italian.

Having returned to training, he looks set to be fit for the Hornets’ pair of Gameweek 22 matches.

The Tottenham Hotspur striker has stepped up his output following the arrival of Antonio Conte as head coach.

Kane has scored in three of the last four Gameweeks ahead of his showdowns with Arsenal and Leicester City.

His totals of 31 shots and 12 shots on target both put him among the top three players in Fantasy since the Italian took charge in Gameweek 11.

The absence of Son Heung-min (£10.7m) through injury certainly lifts the appeal of Kane as the best route into the Spurs attack, particularly for those on a Free Hit looking for a short-term pick.

The Portuguese is expected to recover from a minor muscle problem for Manchester United’s matches against Aston Villa and Brentford.

Ronaldo has improved his performances in Fantasy of late, recording two of his four double-figure hauls this season in his last six outings.

Since making his second debut for the club in Gameweek 4, his 57 shots, 47 shots in the box and 21 shots on target all put him second among all players in Fantasy.

The Red Devils’ upcoming schedule lifts the appeal of Ronaldo regardless of whether managers are playing a chip in Gameweek 22.

From Gameweek 24 onwards, their four matches score only two in the Fixture Difficulty Ratings (FDR).

Brighton & Hove Albion’s Frenchman is in fine form ahead of Double Gameweek 22.

Maupay has blanked only once in his last five outings, amassing 30 points in that spell thanks to three goals, an assist and six bonus points.

Crucially, the Seagulls are among only two sides to play at home twice in Gameweek 22, hosting Crystal Palace and Chelsea.

They also have a favourable schedule on the horizon.

From Gameweek 25 onwards, three of their four matches score only two in the FDR.