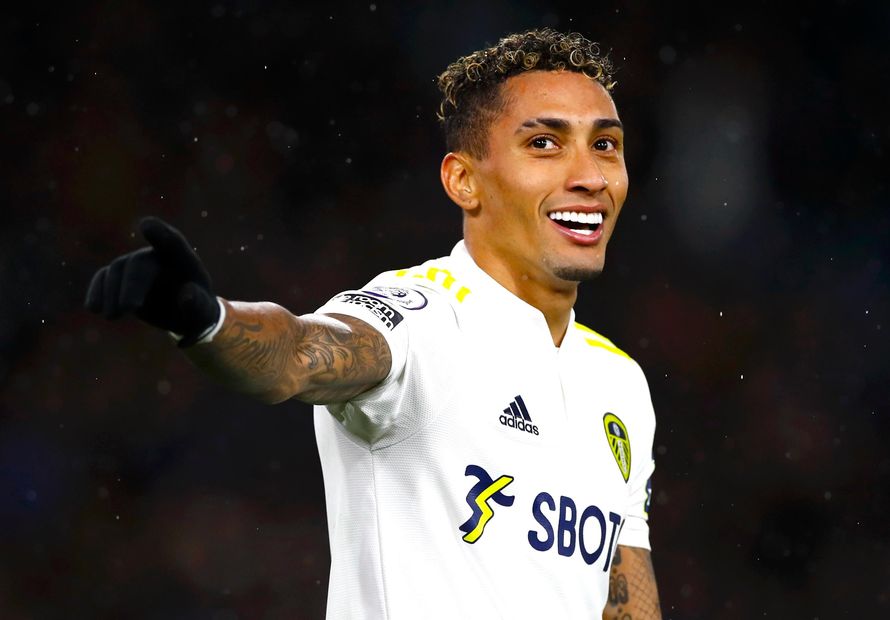 A home encounter with Brentford gives Raphinha (£6.7m) the chance to again reward his 20.7 per cent ownership in Gameweek 15 of Fantasy Premier League.

Leeds United’s Brazilian faces the Bees in his most prolific form of the campaign, scoring in three of his last four matches and earning 29 points.

His 38 shots, 13 shots on target and 23 chances created all rank top for Marcelo Bielsa’s side.

They have conceded at least twice in each of their last three road trips, totalling eight goals against in that run.

The Southampton No 1 ranks third among goalkeepers in terms of value this season, returning 10.9 points per million spent. Five clean sheets, eight save points and three bonus points highlight McCarthy’s multiple routes to returns at home to Brighton & Hove Albion.

Liverpool’s right-back is the second highest-scoring player in Fantasy thanks to his all-round potential. Alexander-Arnold has scored once, supplied seven assists and also kept seven clean sheets in his 12 appearances.

A trip to Watford gives the Portuguese a chance to deliver more points at both ends of the pitch. Away from home, Cancelo's 16 shots and 10 key passes both rank among the top three players for Manchester City.

The centre-back offers a secure route into Chelsea’s defence at West Ham United, having started 13 of the first 14 Gameweeks. Rudiger’s total of six shots in the box over the last four Gameweeks places joint-top among defenders in Fantasy.

Liverpool’s Egyptian produced his seventh double-figure haul of 2021/22 in midweek, claiming 15 points against Everton. Owned by 72.9 per cent, Salah visits Wolverhampton Wanderers having averaged 12.7 points per away match this season.

The Tottenham Hotspur star has produced all three of his double-figure hauls at home this season. Son faces a Norwich City side who have conceded a league-high 17 away goals.

The Man City midfielder was rested in midweek and can take advantage of a Watford side who are without a clean sheet this term. Foden’s 18-point haul at Brighton in Gameweek 9 underlines his captaincy credentials.

When selected this season, he has been involved in 67 per cent of Leeds’ home goals.

The Burnley star travels to a Newcastle United side who have conceded in every Gameweek so far. Cornet’s average of 5.4 points per match ranks fifth among midfielders, yet he is owned by only 2.9 per cent of managers.

The forward has scored in each of Aston Vila’s last three home matches, claiming 24 points. Watkins plays a Leicester City side who are without a clean sheet in 14 contests across all competitions.

Brentford’s striker has scored in two of the last three Gameweeks ahead of his trip to Leeds. Away from home, Toney’s 16 shots in the box and 10 shots on target are both more than double that of any team-mate.

Next: Who to captain in GW15? What the experts say