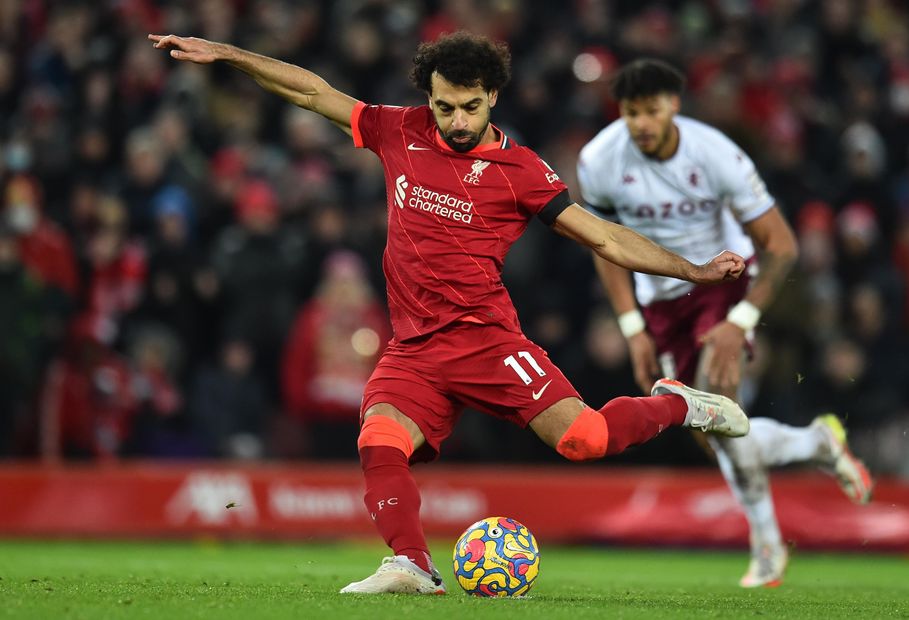 Over half of all Fantasy Premier League managers captained Mohamed Salah (£13.1m) in Gameweek 16 in the hope that the Egyptian would continue to deliver for Liverpool against Aston Villa and he did not disappoint.

Salah continued his attacking returns against Villa, delivering for the fourth successive match when facing them, scoring the only goal from the spot.

It is the 70th time since joining Liverpool that Salah has been the No 1 armband pick. The Egyptian has scored 51 goals and produced 558 points across those matches.

Cristiano Ronaldo (£12.4m) and Bruno Fernandes (£11.6m) were the next most-popular options, with a third Manchester United player, Marcus Rashford (£9.4m), replacing Fernandes in the estimation of the leading 100 managers.

Ronaldo struck the winner from the penalty spot and claimed full bonus points as Man Utd claimed a win at bottom-club Norwich City. But Fernandes and Rashford both failed to justify the faith placed in them.

Bernardo Silva (£7.7m) provided immediate rewards for more than a million managers who transferred him in ahead of Gameweek 16.

The midfielder earned a Fantasy assist in the 1-0 victory over Wolverhampton Wanderers, with his cross adjudged to have hit the arm of Joao Moutinho (£4.9m), resulting in a penalty converted by Raheem Sterling (£10.6m) for his 100th Premier League goal.

That makes it 66 points from the Portugal international's last nine appearances. It is the seventh time this season that a player has been transferred in by over a million people in a Gameweek.

The second most-bought player, Emmanuel Dennis (£5.8m), rewarded his 926,000+ new owners with his seventh goal of the campaign in Watford's 2-1 defeat by Brentford on Friday.

The Nigerian claimed the maximum three bonus for a nine-point return which took him to the top of the forward standings, on 84 points. He also becomes the best-value player in FPL, producing 14.7 points per million spent.

Mason Mount (£7.5m) completed the top three transfer targets ahead of the early deadline and was in rewarding mood with a goal as Chelsea beat Leeds United 3-2 to deliver a six-point haul for his 460,000 new managers ahead of bonus.

More than 445,000 FPL managers parted company with Emile Smith Rowe (£6.0m), who stayed on the bench for Arsenal's home win over Southampton, having been an injury doubt due to a groin injury.

Toney tested positive for COVID-19 last weekend and will hope to return for Brentford in Gameweek 18, while Tottenham Hotspur's fixture with Brighton & Hove Albion has been postponed.