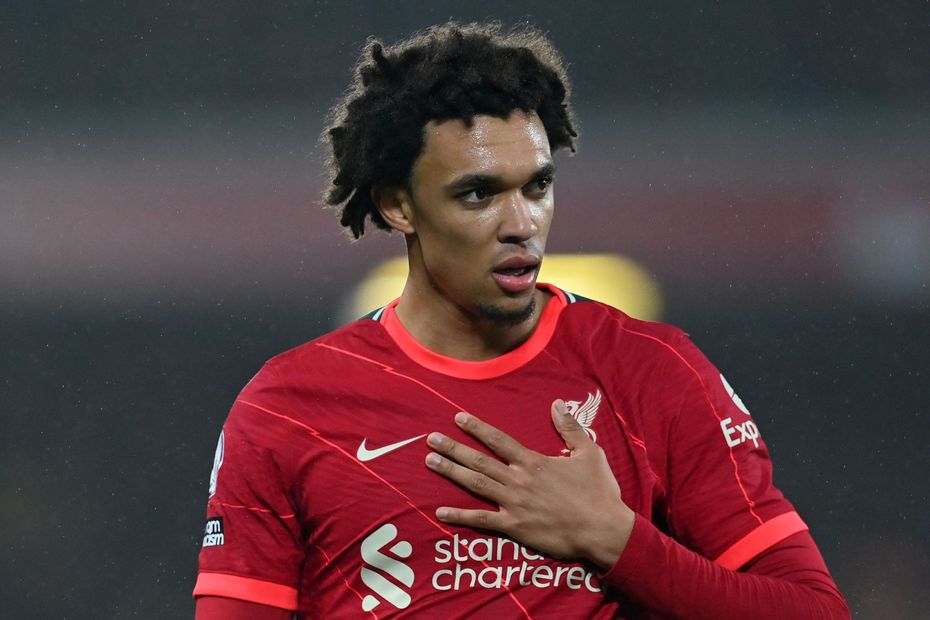 The Scout highlights fact that Alexander-Arnold, Cancelo and James have been outscoring Salah

Dunne: Class act Cancelo is like a defensive No 10! External Link

Attacking full-backs who offer multiple routes to returns have emerged as the best alternatives to Mohamed Salah (£13.0m) for the captaincy in Fantasy Premier League.

Salah’s huge ownership of 72 per cent means he is near-certain to be the most-selected armband pick in any Gameweek.

While Salah rewarded their faith with a goal and a 16-point captain haul, his team-mate Trent Alexander-Arnold (£7.8m) proved a huge differential.

Just 25,000 managers captained Alexander-Arnold, whose two assists helped him to 30 armband points in the 4-0 win.

Notably, Alexander-Arnold has now outscored Salah in four of the 10 matches they have started together this season.

The right-back has combined a goal, six assists and six clean sheets with 15 bonus points.

His fellow full-backs Reece James (£6.1m) and Joao Cancelo (£6.6m), of Chelsea and Manchester City respectively, have also been among the most explosive players in 2021/22.

Indeed, all three players have scored at least 10 points more than Salah over the last three Gameweeks.

Like Alexander-Arnold, James has three double-figure hauls over the last four Gameweeks.

Chelsea's right wing-back has amassed 53 points in that run, thanks to three goals, two assists, three clean sheets and 10 bonus.

Cancelo has been Man City’s best performer in Fantasy this season thanks to his all-round potential.

The Portuguese’s five assists, eight clean sheets and 12 bonus have earned him 79 points, 22 more than any team-mate.

Just 54,000 managers picked Cancelo for the captaincy in Gameweek 12, with the defender earning his second successive double-figure haul in the 3-0 success over Everton.

We certainly won't get tired of watching this assist! 😏#ManCity | @Sure pic.twitter.com/pQ2IH4nslr

With just a single blank all season, Salah’s consistency means he will continue to be the go-to captain for millions of managers.

But for those willing to go against the majority, Alexander-Arnold, Cancelo and James' multiple routes to returns give them huge potential as armband differentials.

Part 1: Stars emerging under their new bosses
Part 3: FPL experts on who to target under new managers