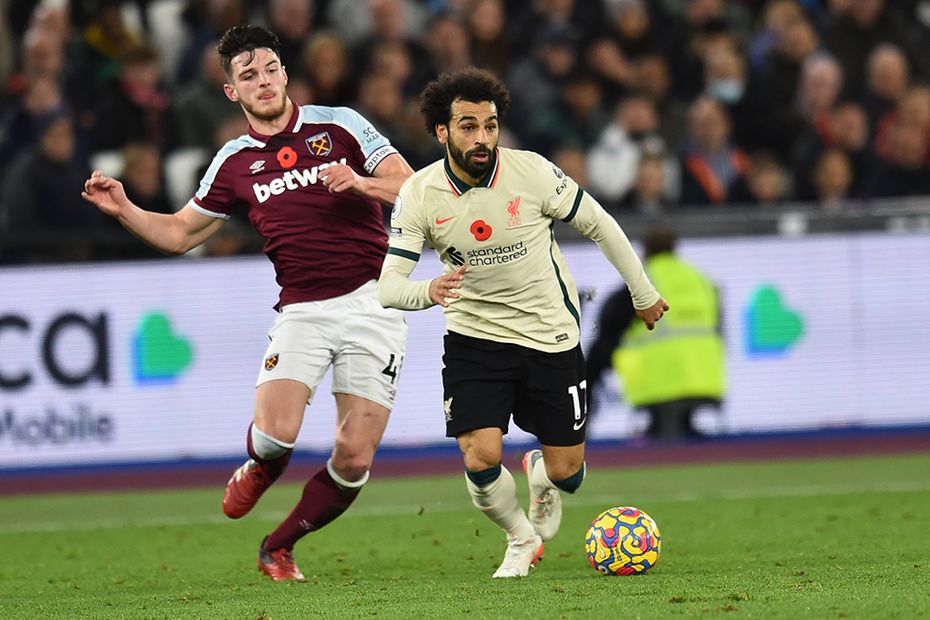 Liverpool midfielder gets assist as 4.5m managers who captain the in-form Egyptian benefit

How to check FPL bonus points during matches
FPL team news: Shaw to be monitored
FDR Analysis: Look to Burnley for value

The Liverpool star provided the assist for a brilliant free-kick goal by Trent Alexander-Arnold (£7.7m), but he could have had more as he fired over from close range in a 3-2 defeat at West Ham United.

Owned by over 6.1m managers, with 71.4 per cent ownership, Salah has now produced attacking returns in 10 of the 11 Gameweeks so far this season.

Managers who entrusted the Portuguese pair with the armband for their home derby against Manchester City were, however, left disappointed as both blanked in the 2-0 defeat.

Salah was the overwhelming favourite among the top 100 managers, being backed by 95 of this elite group.

Ivan Toney (£6.7m) and Pierre-Emerick Aubameyang (£10.1m) tied for second as both had appealing home fixtures.

But Brentford lost 2-1 to Norwich City and Toney's lack of returns were compounded by a yellow card.

There was even more frustration for those who plumped for Aubameyang.

He missed a first-half penalty and was also booked to finish with a score of -1.

Reece James (£5.9m) was the No 1 transfer target in FPL ahead of Friday's deadline and the Chelsea full-back repaid that faith with an assist at home to Burnley on Saturday.

But while his Fantasy managers would have bemoaned the late equaliser for Burnley at Stamford Bridge that earned the Clarets a draw and denied James clean-sheet points, they would be cheered by the fact he earned three bonus points to return seven in total.

Both players justified that investment as they continued their goalscoring form.

Smith Rowe scored the only goal as Arsenal beat Watford 1-0, netting for the third match in a row.

Meanwhile, Gallagher delivered again for Crystal Palace and his managers with a goal and 11 points in the 2-0 win over Wolverhampton Wanderers.

Danny Ings (£7.8m) missed Aston Villa's match against Southampton on Friday due to injury and was shipped out by more than 326,000 Fantasy bosses.

Chelsea's Marcos Alonso (£5.6m) is also in the treatment room after picking up an ankle knock in midweek, leading to sales in excess of 314,000.