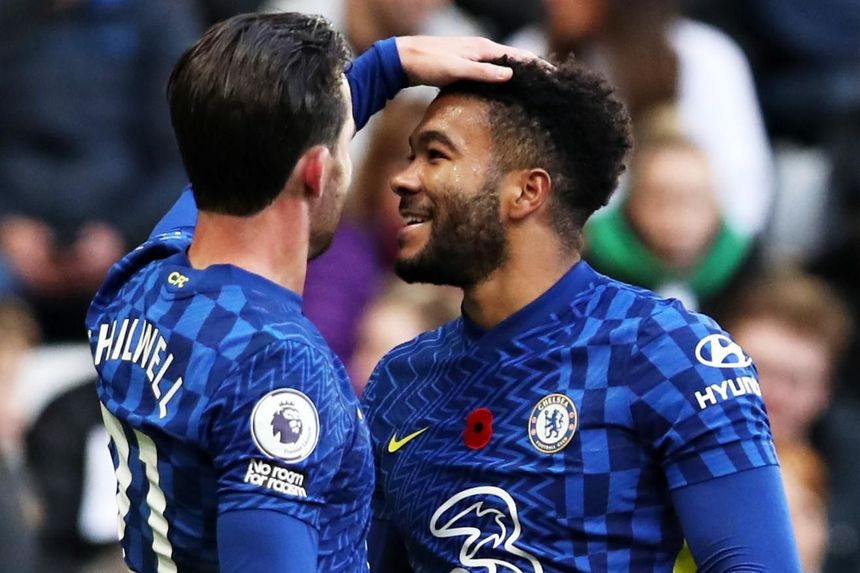 Tuchel: We want Reece in our attacks External Link

James: As soon as it left my foot I knew it was a goal External Link
Who is suspended or close to a ban in 2021/22? External Link

James is now the top-scoring Fantasy defender, with 34 of his 56 points for the season coming in the last two Gameweeks.

The 21-year-old is the most-bought player in the Gameweek, earning 200,000+ new owners for a home match with Burnley.

Yet he still remains a big rotation risk under Thomas Tuchel.

Despite his outstanding campaign, James has started only five of Chelsea’s first 10 matches.

Indeed, yesterday was only the second time this season he has started back-to-back Gameweeks.

Centre-back Gabriel scored the opener to claim 15 points, while goalkeeper Ramsdale made eight saves in a defiant display at the King Power Stadium.

Ramsdale has averaged 5.6 points per match (ppm) since making his debut in Gameweek 4. That is almost identical to the 5.7 ppm of Chelsea’s Edouard Mendy (£6.2m), who is the top-scoring goalkeeper in Fantasy on 51 points.

Home encounters with Watford and Newcastle in their next three matches offer the promise of more returns for Arsenal’s key players.

Burnley also had standout performers in defence and midfield in their 3-1 home win over Brentford.

Matthew Lowton (£4.4m) continued his improving form. The right-back scored once and supplied an assist, having also set up a goal against Southampton last weekend.

Maxwel Cornet (£6.0m) scored his fourth goal in five appearances since arriving at Turf Moor in the summer.

Eagles and Seagulls set to soar?

Gallagher also supplied an assist to earn 13 points, climbing to fourth in the midfield rankings with 51 points.

Only one of Palace’s next 10 matches scores more than three in the Fixture Difficulty Ratings (FDR).

Brighton's Leandro Trossard (£6.4m) netted his second goal of the season in a 2-2 draw at Liverpool, earning nine points.

Four of Brighton’s next seven matches score only two in the FDR, lifting the Belgian’s prospects of more returns.

The Portuguese profited from Manchester United's new 3-5-2 formation, scoring once and supplying the assist for Edinson Cavani’s (£8.4m) goal.