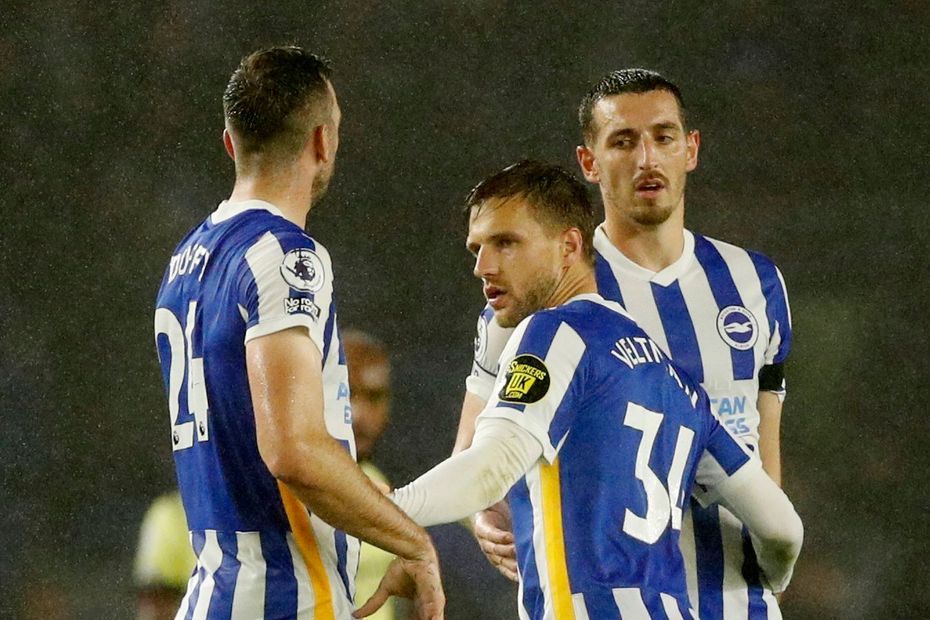 The Seagulls have started the season strongly at the back, with their totals of four clean sheets and nine goals conceded over the opening nine Gameweeks both ranking fourth overall.

While goalkeeper Robert Sanchez (£4.6m) and centre-back Shane Duffy (£4.4m) are highly owned, found in 23.4 and 24.4 per cent of squads respectively, the rest of their defenders are selected by under five per cent of FPL managers.

Duffy’s backers may be forced to reassess their options after he was benched for the first time this season in Gameweek 9. He did, however, play the full 90 minutes in the Gameweek 10 draw at Liverpool.

And now that trip to Anfield is out of the way, Brighton have a very favourable schedule with lots of other options to consider.

Joel Veltman and Tariq Lamptey are identically priced to Duffy at £4.4m.

The versatile Veltman is the more secure pick, while Lamptey offers more attacking promise down the right flank having recovered from a long-term injury.

Fellow defenders Lewis Dunk and Marc Cucurella (both £5.0m) could be worth the extra outlay.

Dunk has collected seven bonus points over the last three matches where his side have kept a clean sheet. In addition, the centre-back scored eight goals over the previous two campaigns.

Since making his debut in Gameweek 4, wing-back Cucurella’s 10 chances created are second only to the 11 of winger Leandro Trossard (£6.4m) for Graham Potter's side.

For those who want to invest in Brighton's attack, Trossard's 24 shots, 13 shots in the box and eight shots on target were also team-leading totals heading into Gameweek 10.