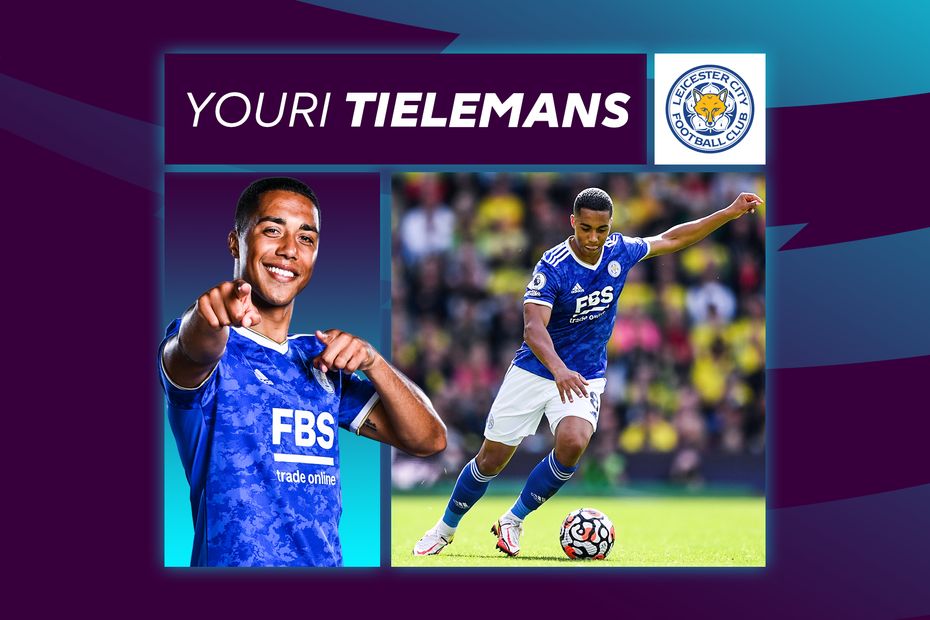 In-form Youri Tielemans has developed into an all-action midfield gem under Brendan Rodgers.

Excellent in possession, defensively sound and capable of brilliance inside the final third, the Leicester City star will need to be watched closely by Arsenal at King Power Stadium this Saturday.

If Thomas Partey and Albert Sambi Lokonga lose their positional discipline, Tielemans is playing well enough to make the difference.

As the statistics below highlight, the Belgium international is integral to Leicester's tactical make-up in almost every department.

He has created the most chances, completed the most passes in the opposition's half and won the most duels, while only top scorer Jamie Vardy has had more shots.

Furthermore, the 24-year-old also leads the Leicester rankings for blocks and tackles won.

Tielemans is Leicester’s chief conductor when they are in possession in opposition territory.

From there he consistently delivers quality end product, as shown by his three goals and two assists already in 2021/22.

The Partey-Lokonga axis was extremely strong for Arsenal in their 3-1 win over Aston Villa last time out.

However, the Gunners’ central-midfield pairing will need to play even better to gain the upper hand against Tielemans and summer signing Boubakary Soumare in this encounter.

When the Foxes cut the ball back from advanced positions down their right-hand side, Tielemans is almost always on hand to offer support.

He is adept at finding space and boasts terrific accuracy with his right foot from the corner of the penalty area.

Indeed, he supplied a teasing cross for Vardy to score at Brighton & Hove Albion and followed that up by scoring with a beautiful finish from a similar position in their 4-2 home victory over Manchester United.

It is a domain from which Tielemans' right boot can be destructive.

Leicester's midfield maestro is also incredibly dangerous when surging through the centre of the pitch from counter-attacks, turnovers, and transitions.

With space to run into he is one of the most dangerous goalscoring midfielders in Europe.

He showcased that with an unforgettable long-range winning goal against Chelsea in last season's FA Cup final, and his thumping hit at Brentford last time out was another reminder of his shooting credentials.

In their Matchweek 8 win at home to Man Utd, Tielemans also drew a spectacular fingertip save from David De Gea after a fine run and strike.

King of the through-ball

When Tielemans has time to look up and pick out a through-ball for onrushing strikers he is also reliably creative.

He slid Vardy in for a 1v1 to score against Burnley and supplied a near-identical pass to put Patson Daka in on goal at Brentford last Sunday.

With each passing week Tielemans' influence seems to grow for Rodgers’ side, and in the absence of the injured Wilfred Ndidi he has definitely stepped up and raised his game.

On current form Declan Rice and Tielemans are arguably the two most dominant central midfielders in the Premier League.

He is certain to provide Mikel Arteta’s new midfield pairing with a stern examination.