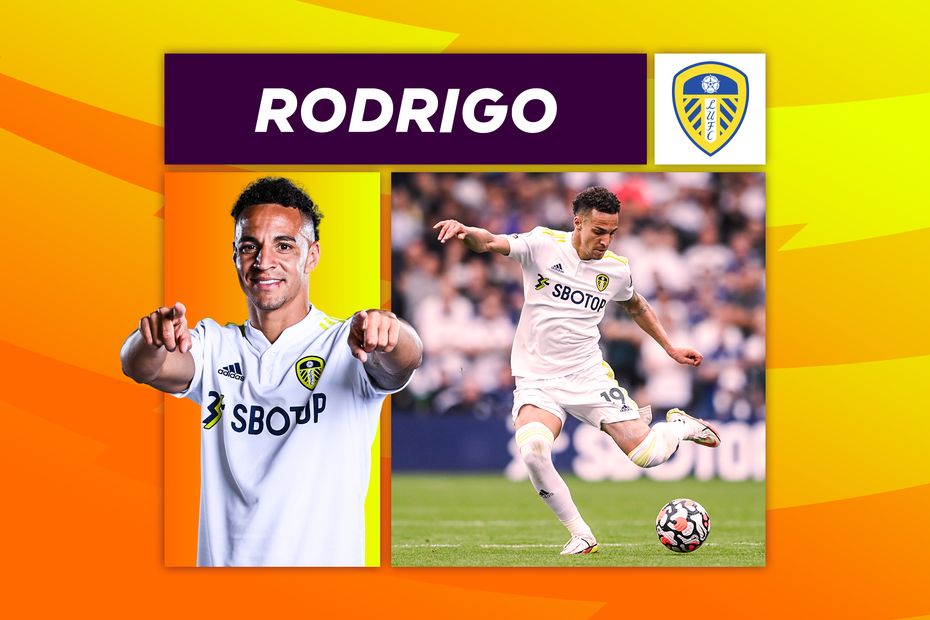 Raphinha likely to be available, Bamford still out External Link
Roberts: The right people helped me deal with racial abuse
James: Standing up to discrimination is so important

Leeds United's match at Norwich City this Sunday provides forward Rodrigo with an opportunity to showcase his goal threat in Patrick Bamford’s absence.

The 30-year-old scored his first goal of the campaign with a stoppage-time penalty to equalise against Wolverhampton Wanderers last weekend, but is still in search of his first strike from open play.

Last season, Rodrigo netted seven times in 14 starts. However, this term his main impact has been as a creator for others.

Against a Norwich side who are averaging 2.55 goals conceded per match in 2021/22, it is a good chance for the Spaniard to make a big impression inside the final third.

Rodrigo is at his most comfortable coming short to receive passes, where he excels in linking up with others.

So, whenever he is charged with filling Bamford’s boots, he operates as a false nine of sorts.

A look at the stats shows Rodrigo is Leeds’ most creative player this season, creating an impressive 2.3 chances per 90 minutes.

At Carrow Road, Rodrigo will strive to increase his number of involvements inside the hosts' penalty area.

Although he must add more goals to his game, his sharp movement opens space for Leeds' midfield runners.

The industrious Spaniard makes intelligent runs into the wide areas, and can regularly be seen dragging defenders out of position.

His willingness to also make sprints and chase as a matter of course means that he gives defenders plenty to think about.

Leeds captain Kalvin Phillips is the only player to commit to more pressures for his side than Rodrigo.

Rodrigo still has a way to go when it comes to matching Bamford's ability in front of goal, but he will be a vital component of Leeds' attack against Daniel Farke's Norwich team.