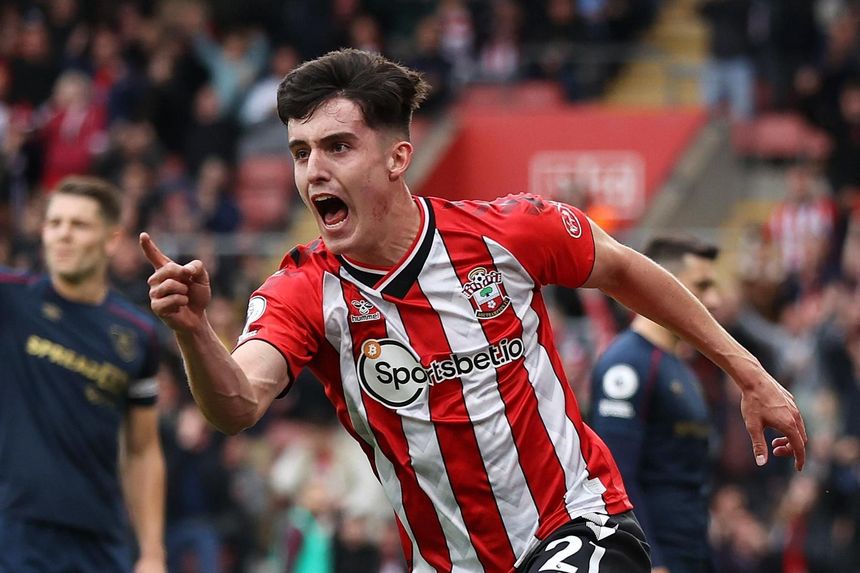 There were contrasting fortunes for owners of cut-price defenders Tino Livramento (£4.3m) and Shane Duffy (£4.4m) in Gameweek 9 of Fantasy Premier League.

Having both started the season at a cost of £4.0m, the pair are among the eight most-popular defenders in Fantasy, owned by 17.5 per cent and 25.0 per cent respectively.

But Livramento is increasingly looking like the better choice.

The Southampton full-back continued his excellent start to 2021/22 on Saturday, scoring in a 2-2 home draw with Burnley.

The right-back has been among the most consistent defenders in Fantasy recently.

Livramento has blanked only once in the last six Gameweeks, combining a goal and an assist with three clean sheets.

Returns against sides such as Manchester City and Chelsea in that run show his potential as a starter for managers in Fantasy.

And a favourable run of opponents indicates he can extend his sequence of returns.

According to the Fixture Difficulty Ratings (FDR), only one of Saints' next six matches scores more than three.

Duffy, meanwhile, had played every minute of the first eight Gameweeks for Brighton & Hove Albion, producing a goal, an assist and four clean sheets.

However, his owners may have to reassess after he was dropped to the bench for the first time this season against Man City.

If Duffy fails to regain his place, Joel Veltman and Tariq Lamptey (both £4.4m) offer identically-priced routes into the Seagulls' backline for a kind upcoming run of opponents.

From Gameweek 11 onwards, three of Brighton’s five matches score only two in the FDR.

While the versatile Veltman could prove the most reliable for minutes, Lamptey can offer attacking potential as a right wing-back if he can secure a starting role.

Part 1: Chilwell and Foden worth rotation risk
Part 3: FPL experts: Which Man City and Chelsea players to back?