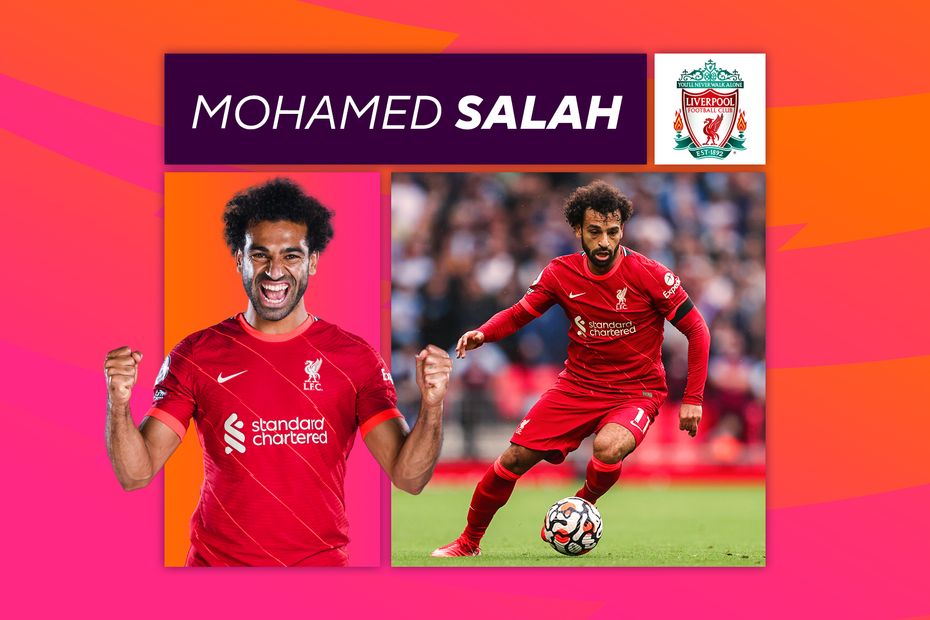 Liverpool's trip to Watford on Saturday provides Mohamed Salah with an opportunity to score in a career-best eighth consecutive match across all competitions.

Salah has been in scintillating form, averaging a direct goal involvement once every 70 minutes in the Premier League this season.

Scoring six goals and providing three assists in 2021/22, he is the player who will most concern Claudio Ranieri in his first match as Watford head coach.

Worryingly for the Hornets, the Egyptian has relished this fixture in the past, scoring eight times in six league outings against them.

Since joining Liverpool in 2017, Salah has retained remarkable consistency, averaging two goals every three Premier League matches over that period.

During the early weeks of 2021/22 he has raised the bar even further.

Salah has always got into goalscoring positions, but this term he has been testing goalkeepers on a more regular basis.

He leads the way for most shots on target per 90 minutes this season, with 2.29.

Despite the fantastic numbers Salah continues to post, Jurgen Klopp has so far resisted the temptation to use the 29-year-old as a central striker this term.

In the past he has sporadically lined up down the middle but the two-time Golden-Boot winner has exclusively played on the right side of Liverpool’s front three.

In fact it feels as if Salah has been playing even wider than usual, which perhaps adds to the surprise element when he pops up inside the area to score goals.

Every goal he has scored from open play this season has been struck from the right of the penalty spot, with the latest of those when he cut inside from his favoured right channel to score a sensational solo effort against Manchester City at Anfield.

Watford will know that he is lethal in that domain, but stopping it is far from easy.

There has been a subtle change to Liverpool's style in 2021/22 that may have helped Salah get off to such a blistering start.

The return of Virgil van Dijk means they can move the ball over longer distances with additional quality. This helps Salah and his fellow forwards get on the ball earlier, before their markers are set up in perfect positions.

How Liverpool passing has changed

Liverpool are making far fewer passes compared with last season. Their average of 639 per 90 minutes in 2020/21 has dropped to 544 this term.

In cutting out unnecessary passes that slow down their attacks and making a higher percentage of forward passes too, they have added a fresh layer of incisiveness.

This has unquestionably helped Salah and a rejuvenated Sadio Mane to flourish in the opening weeks.

If they are to halt their unbeaten start to the current campaign, Watford will need to defend outstandingly to keep them at bay.

Part 1: Palace have brave new style as Vieira returns to Arsenal
Part 2: Werner and Lukaku can take Chelsea to the next level