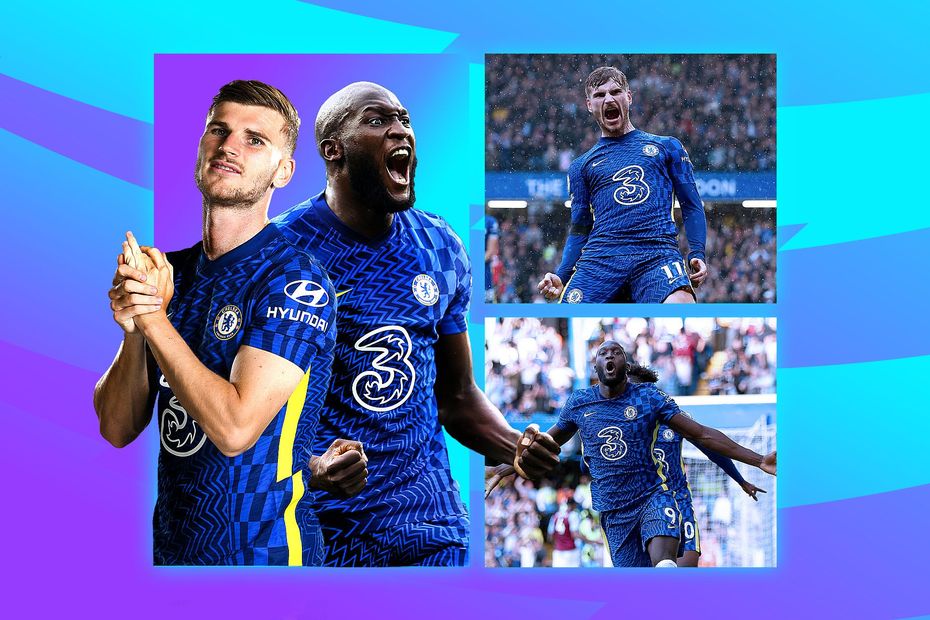 If Thomas Tuchel can find a way for Timo Werner and Romelu Lukaku to click, it could take Chelsea to the next level.

Scoring seven goals in his last eight starts for club and country, Werner is in excellent form ahead of their west London derby at Brentford on Saturday evening.

The dilemma facing Tuchel is where best to use the Germany international.

He could start Werner up top alongside Lukaku, who is back in full training after withdrawing from Belgium's squad, in a 3-5-2 formation, as he did against Manchester City.

Alternatively, he could deploy Werner as a wide forward in a 3-4-3 where he regularly joins in as the second striker.

Whichever tactical approach Chelsea choose, Brentford's centre-back trio could be in for their toughest assignment of the season so far.

Chelsea fans caught a fleeting glimpse of the potential of this strike-pairing during the last few minutes of their 3-0 home win against Aston Villa in September.

After that match, Lukaku praised Werner for making an unselfish run that dragged two defenders with him, creating additional space for him to control a Cesar Azpilicueta pass and score his second goal of the match.

By using a forward out wide in a position often reserved for a creative attacking midfielder, you tend to sacrifice a little craft and imagination.

However, the upside of starting more than one striker is the ability to pull opposition defences out of position with decoy runs – something Tuchel will instruct Werner and Lukaku to do if they both start.

After registering eight shots and three key passes during a stunning performance at Arsenal, he has been less dominant but his form has still been strong.

Across the last five matches Lukaku has contributed in a more rounded manner, taking on nine shots and creating seven chances for team-mates.

Werner, who played off the right side in Chelsea’s last match at home to Southampton, has actually found it easier to get on the end of opportunities in recent weeks.

Perhaps aided by Lukaku’s presence occupying defenders, Werner had six shots against Saints, including a tap-in goal that would have been converted by Lukaku, who was standing just behind him.

The stats from 2021/22 so far suggest that Werner, usually from a wider position, is the Chelsea player posing the biggest goal threat.

Tuchel has many excellent options at his disposal, but Werner's level of attacking output should ensure he starts at Brentford.

And if Lukaku and Werner can develop the way they combine and feed off one another in this contest, and in the weeks to come, it will be great news for the Blues.

Once they both start scoring together, Chelsea will be an even more formidable force to be reckoned with.