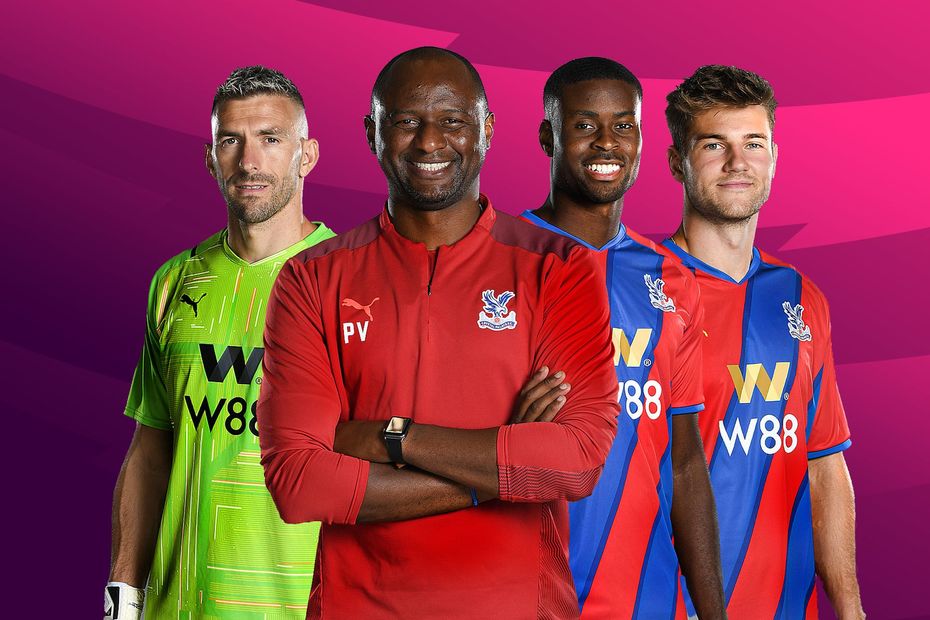 Palace have only claimed one victory so far, but the Frenchman’s coaching acumen has immediately impressed.

His team are significantly more comfortable in possession than in previous campaigns, and they seem to have fully embraced the positive style of play he is trying to implement.

On his much-anticipated return to Arsenal on Monday, Gunners legend Vieira will encourage his players to be confident on the ball.

Under former manager Roy Hodgson, Palace were a counter-attacking side who liked to spring forward quickly from a deep and compact defensive base.

Vieira has ripped up that formula and started afresh.

The Eagles now play out from the back whenever they can, and are also happy to keep possession for sustained periods.

They could even take the initiative in this encounter.

Palace have averaged 52 more passes per match in 2021/22 than Arsenal, while their average share of possession is also five per cent higher.

Last season only 10 per cent of Vicente Guaita’s goal-kicks were passed to a team-mate inside his own box (31/310) but Vieira has instructed his goalkeeper to drastically alter that approach.

So far this season, 69 per cent of his restarts end inside his own 18-yard area (33/48), the highest percentage of any Premier League goalkeeper who has taken at least 20 goal-kicks.

Mikel Arteta’s Arsenal side will almost certainly set up in a way that makes it difficult for Palace to play out from the back, but it is unlikely to deter the visitors.

Vieira wants long clearances kept to a minimum as he develops Palace's ability to pass the ball through the lines.

Better at both ends

The Eagles' performances have arguably been better than results so far in 2021/22, but in open play there are clear indications that Vieira’s tactical approach is working.

Spending more time on the front foot has eased the strain on their back four this term, with Palace conceding fewer clear-cut chances.

Their Expected Goals Against (xGA) average in open play is just 0.79 per 90 minutes, the sixth-lowest tally in the Premier League.

Under Hodgson last season their xGA was 1.07 per match.

The introduction of centre-backs Marc Guehi and Joachim Andersen has also helped to improve the rearguard.

It is a similar story in attack. Helped by the arrival of striker Odsonne Edouard, Palace have improved their Open Play Expected Goals (Open Play xG) from last season's average of 0.6 to 0.75 this term.

Less reliant on fast breaks, they are now on the ball for longer spells inside the opposition half, with their shot count rising from 9.2 to 11 per 90 minutes.

There is more work to be done in terms of their creativity, but progress is being made and Vieira's new-look team are catching the eye.

If Arsenal are not at their best, their former captain could come out on top and leave Emirates Stadium with an away win.