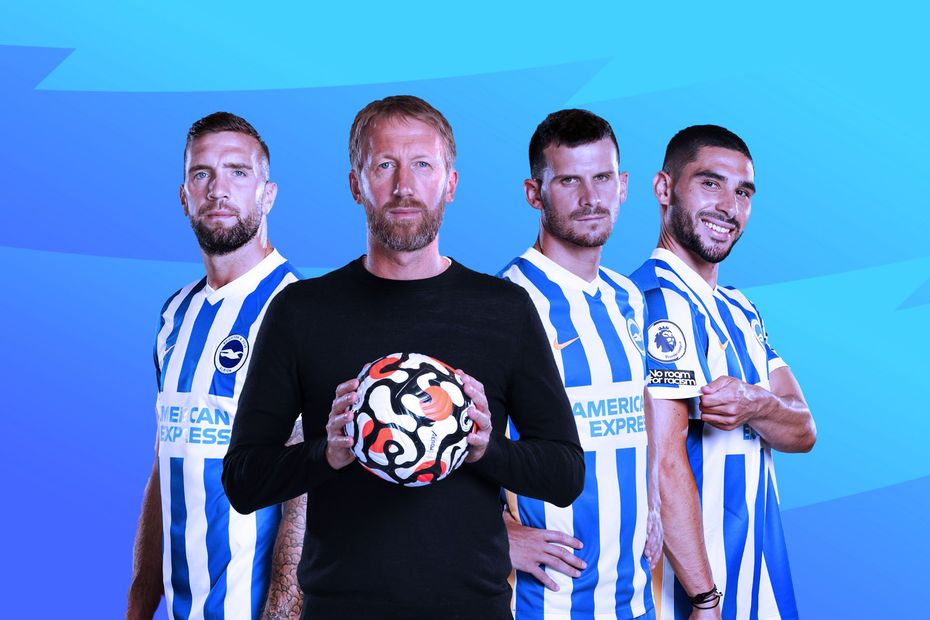 The Seagulls have made their best-ever start to a Premier League season, picking up 14 points from their opening seven matches and currently sit sixth, having conceded just five goals.

Accomplished in possession, extremely well-structured off the ball and efficient in attack, Brighton are becoming a very well-rounded side.

Potter's players close down with tremendous organisation and intensity.

PPDA (Passes per Defensive Action) is an excellent gauge of how well a team press, or how difficult they make it for the opposition to pass.

Brighton are second only to Liverpool for disrupting the opposition when they have the ball.

No matter which shape they adopt, Brighton try to mark man-to-man when their opponents want to play out from the back.

Last time out against Arsenal, they used this system to restrict the Gunners’ ability play through the lines, pressing in a man-to-man set-up.

Defending from the front they have earned 62 high turnovers in seven matches.

That tally is only bettered by Burnley and Liverpool.

This style of defending has really helped to protect Brighton's defence, which has also performed well.

Potter's back four or five have kept rival sides at arm's length in the early weeks.

From open play they have an expected goals against (xGA) of just 3.8.

Champions Manchester City are the only Premier League team with a more impressive figure.

Another reason Brighton are flourishing is their improved confidence in possession.

Potter has always encouraged his players to receive the ball in any area and to stay composed when they have it and they are now passing with more fluency.

They have increased their average share of possession from 51 per cent to 56 per cent, and they are happy to keep the ball for long sequences when it is right to do so.

Brighton have never looked more at home as a top-flight team than they do right now.

Potter's astute management has turned them into one of the most tactically sophisticated sides in the division.

However, they must develop better end product inside the final third, as clear-cut chances are still not being created on a regular basis.

Should Brighton continue their excellent start to the campaign, they could very well end it with a top-half finish.