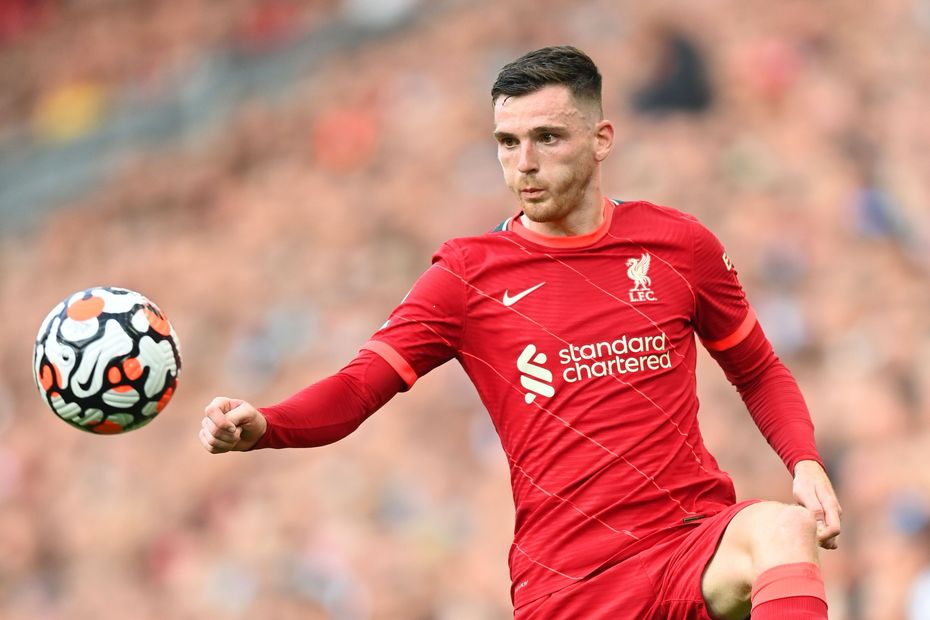 Alisson: We need to keep on going with the same mentality External Link
FPL Gameweek 6 Kings to watch
GW5 Lessons: Why you need premium defenders

The left-back is selected by only 1.6 per cent of managers ahead of Liverpool’s trip to Brentford.

Robertson has been largely ignored after he missed the Reds’ first two matches through injury.

But his displays since returning to the first XI provided a reminder of his multiple routes to returns.

The Scot totalled one clean sheet and one bonus point in his meetings with Chelsea and Leeds United.

He also created eight chances over those encounters.

Just seven defenders have bettered that total this term, despite Robertson only making those two appearances in 2021/22.

Indeed, the left-back is averaging a key pass every 22 minutes, second only to the 18 minutes of his team-mate Trent Alexander-Arnold (£7.6m) among defenders.

Liverpool visit Brentford with the joint-best defence over the first five Gameweeks.

The Bees, meanwhile, have managed only four shots on target across their two home matches.

Robertson’s ability to deliver at both ends of the pitch can help bring in his first double-figure haul of the campaign.