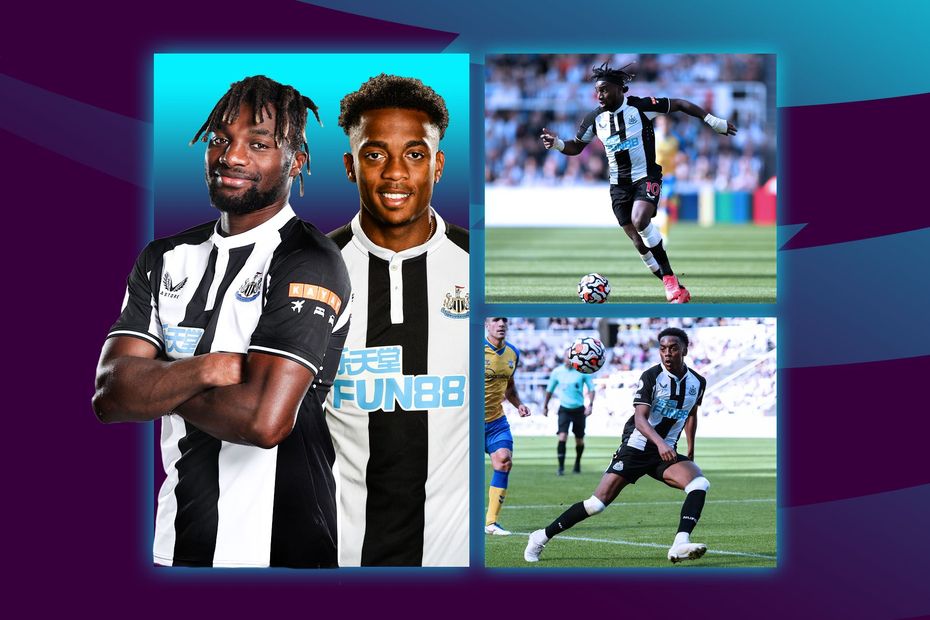 Newcastle United can use the powerful forward runs of their players to hurt a Leeds United defence that has looked vulnerable this season.

Leeds have conceded 11 goals in four matches, with opposition forwards sprinting in behind a square back-line on a regular basis.

When they commit men forward and lose the ball, Leeds can struggle to slow down opposition counter-attacks, leaving their central defenders exposed.

In such scenarios, Allan Saint-Maximin has the pace and skill to make them suffer.

Without the injured Callum Wilson, Saint-Maximin will likely lead the Newcastle line on his own at St James' Park on Friday night.

The tricky Frenchman scored on the break at home to Southampton, and it was his pass to Javier Manquillo that created Newcastle's counter-attack goal in a 4-1 loss at Manchester United last Saturday.

Saint-Maximin's speed will test Marcelo Bielsa’s back four down the flanks, either side of their central defenders.

Adama Traore is the only player to have attempted and completed more take-ons than Newcastle's No 10.

Most dribbles attempted and completed

Bielsa's bold style of play often leads to entertaining matches, just as we saw last time out in a 3-0 loss to Liverpool.

The "Direct Speed Against" metric analyses how quickly teams allow their opponents to travel in attack.

Interestingly, teams progress at an average rate of 1.83 metres per second against Leeds, the second-quickest in the division.

This should encourage Newcastle, who are at their best on transitions and fast breaks, especially when Saint-Maximin is in the mood.

In Matchweek 1, Bruno Fernandes troubled Leeds with decisive forward runs from deep, en route to a hat-trick for Man Utd.

Joe Willock must attempt to do the same for Newcastle on Friday.

Operating in a box-to-box role, Willock has only registered one shot from inside the box since making a permanent move from Arsenal this summer.

Steve Bruce’s side are not noted for their pressing high up the pitch, but if they are able to disrupt Leeds inside their own half, it is a tactic that may pay off in this match.

Leeds have already faced six shots that stemmed from conceding high turnovers this season, the joint-second highest in the division.

They have also struggled to keep opponents outside of their own box, with Leicester City the only Premier League team to face more shots from close range.

Most shots faced inside the area

If they get their tactics right, Saint-Maximin and Willock can punish the Leeds defence and help Newcastle win their first league match of the season.

Part 1: How Brentford have built one of the league's best defences
Part 3: Ronaldo's surprising role can pose West Ham problems