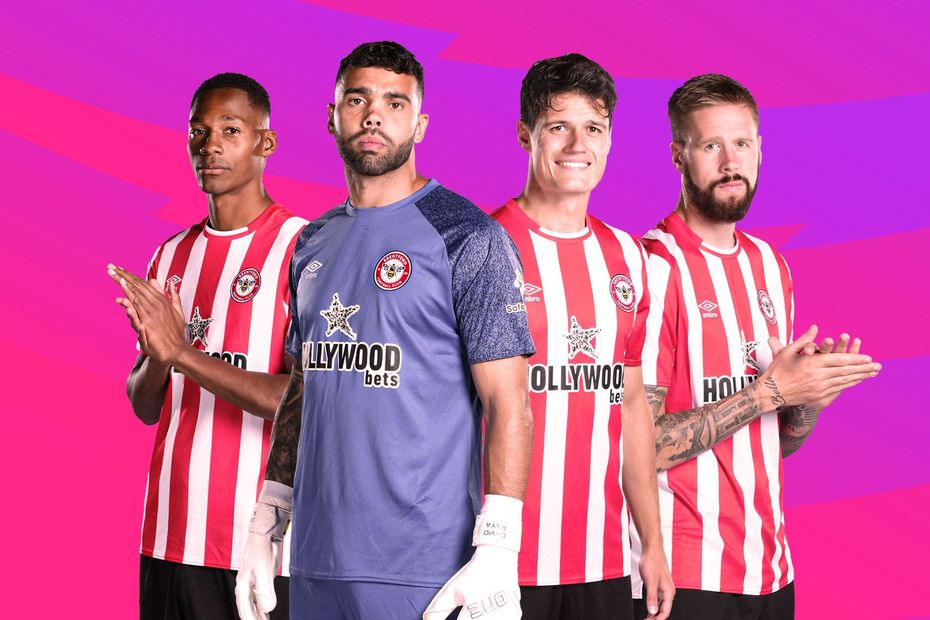 Premier League newcomers Brentford should be proud of their stellar work off the ball so far this season.

Playing in a 3-5-2 shape with a three-man back line including Ethan Pinnock (pictured, far left) and Pontus Jansson (pictured, far right), Thomas Frank's side have been tremendously competitive, industrious and well-organised.

From back to front the Bees work hard to pressurise opposition players and this has helped to protect goalkeeper David Raya (pictured, centre left), who has also made a strong start as the last line of defence.

Brentford faced 22 shots during their opening-night 2-0 victory over Arsenal.

Since then they have only had to deal with 18 more efforts on their goal, across three matches.

Last time out they limited Brighton & Hove Albion to only four shots and were unfortunate to fall to a late 1-0 defeat.

This weekend's opponents Wolverhampton Wanderers should find the promoted side difficult to break down.

Impressively, champions Manchester City are the only Premier League team with a better Expected Goals Against (xGA) ranking after the opening four rounds of matches.

In the Championship, Brentford were regarded as an attractive footballing side but at Premier League level they have shone in a different way.

They are determined to disrupt the rhythm of their opponents by closing down with intensity, snapping into tackles and focusing on picking up the majority of second balls.

Opta's "Passes per defensive action" metric measures the success of this aspect of play, and Brentford are ranked fifth.

The Bees and their next opponents Wolves are two of the most combative teams in the league, so it could be a feisty affair at Molineux.

Both sides recover possession quickly and make a lot of challenges.

Central midfielder Christian Norgaard (pictured, centre right) has been a key man for the Bees.

The Denmark international is not only a progressive passer who can link play efficiently. He is also a very mobile presence in the heart of midfield.

Norgaard's ferocious work-rate and defensive nous will be vital this weekend when he faces a Wolves midfield that is likely to contain Ruben Neves and Joao Moutinho.

While striker Ivan Toney rightly receives plenty of attention, Norgaard is proving to be just as important for Thomas Frank as they settle into the Premier League.