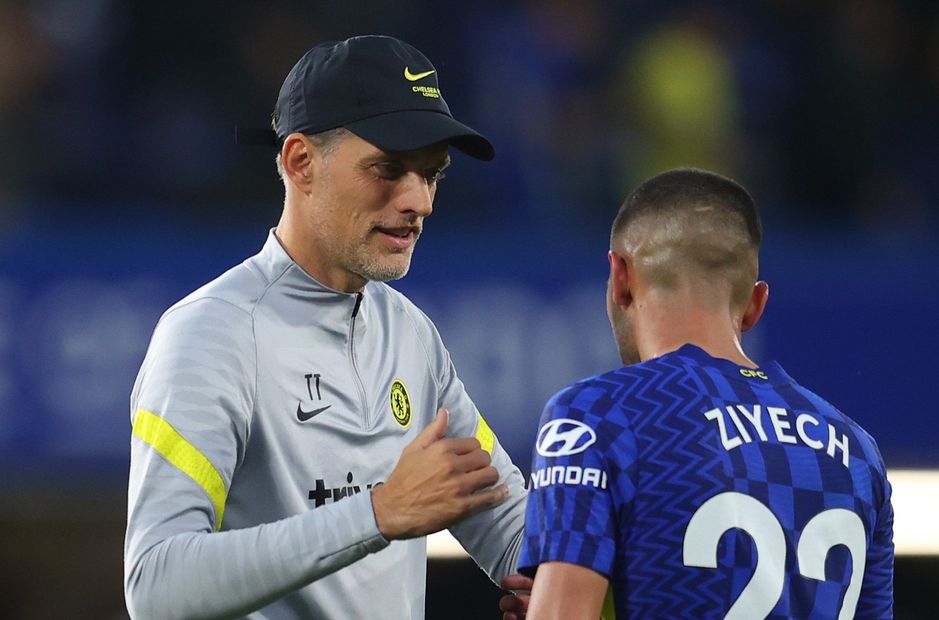 Tuchel on Jorginho and Thiago Silva’s ‘strong connection’ External Link
FPL experts: What to do with Antonio and the forwards?
FPL Update: Managers rushing for Ronaldo-Lukaku double

Thomas Tuchel’s teamsheet against Aston Villa has given Fantasy Premier League managers an early taste of his potential rotation policy this season.

Players such as Mason Mount (£7.5m), Cesar Azpilicueta (£6.0m) and Andreas Christensen (£5.0m) had started each of the Blues’ opening three Premier League matches, but they all dropped to the bench on Saturday.

This means that Marcos Alonso (£5.7m) and Antonio Rudiger (£5.5m) are the only outfield players who have been named in the starting XI in all four matches.

And, given Ben Chilwell (£5.7m) is still regarded as the first-choice left wing-back ahead of Alonso, investing in the Chelsea backline could prove frustrating.

Tuchel’s weekend line-up suggests managers who are planning to bring in Chelsea assets for their strong schedule from Gameweek 7 should be wary of loading up on the full three-player quota.

According to the Fixture Difficulty Ratings (FDR), each of the Blues' five matches from that point score only two.

Romelu Lukaku (£11.6m) may be the one Chelsea outfield player who managers can rely on, as his hold-up play is the focal point of their attack.

The Belgian looks an outstanding captaincy option from Gameweek 7 onwards.

But if Tuchel continues to tinker with his XI, managers may decide to limit their investment in the Blues to avoid further disappointment.

Part 1: GW4 Lessons: Managers face Antonio dilemma
Part 2: FPL experts: What to do with Antonio and the forwards?