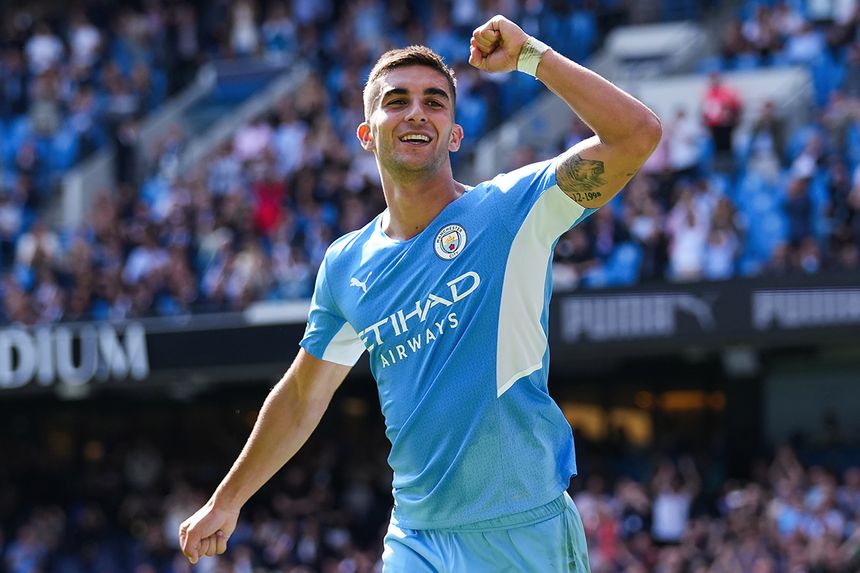 Two goals and an assist against Arsenal helped Ferran Torres (£7.0m) to an explosive 18 point-haul in Fantasy Premier League.

Listed as a midfielder in Fantasy, the Spaniard profited from a role up front as Manchester City won 5-0 at home for the second successive Gameweek.

His team-mate Gabriel Jesus (£8.5m) climbed to second place among forwards in FPL after claiming his second successive double-figure return.

The Brazilian added to his 11 points against Norwich City last week with 12 on Saturday, scoring once and supplying an assist.

Jesus was among three forwards in Fantasy to produce a double-figure return.

Antonio on the rise again

Michail Antonio (£7.9m) is now the top-scoring player in the game after picking up 11 points against Crystal Palace, resulting in his fourth price rise of the season already.

Three double-digit returns in a row for @Michailantonio!

If he carries on at this rate, Antonio will finish the season with over 500 #FPL points 🙌😉 pic.twitter.com/aKBG34XvrF

A goal and an assist for Jamie Vardy (£10.5m) helped Leicester City earn a 2-1 win at Norwich.

The Foxes’ frontman has returned 10+ points in four of his last five appearances against promoted sides.

Meanwhile, Mohamed Salah (£12.5m) is the top-scoring midfielder in Fantasy after his converted penalty against Chelsea.

Liverpool’s Egyptian moved to 30 points thanks to his 10-point return in the 1-1 draw at Anfield.

Time for the Toffees?

Along with Man City, the Toffees were the only side to keep a clean sheet across Saturday’s seven matches, winning 2-0 at Brighton & Hove Albion.

Seamus Coleman (£5.0m) combined his clean sheet with an assist for 10 points, while Dominic Calvert-Lewin (£8.2m) profited from his new penalty duties once again.

The forward’s converted spot-kick means he is among only two players, along with West Ham’s Antonio, to score in all three of the opening Gameweeks.

Only one of Everton’s next eight matches score more than three in the Fixture Difficulty Ratings (FDR).

Winger Demarai Gray (£5.5m) should also be considered for that run, having scored in each of the last two Gameweeks.