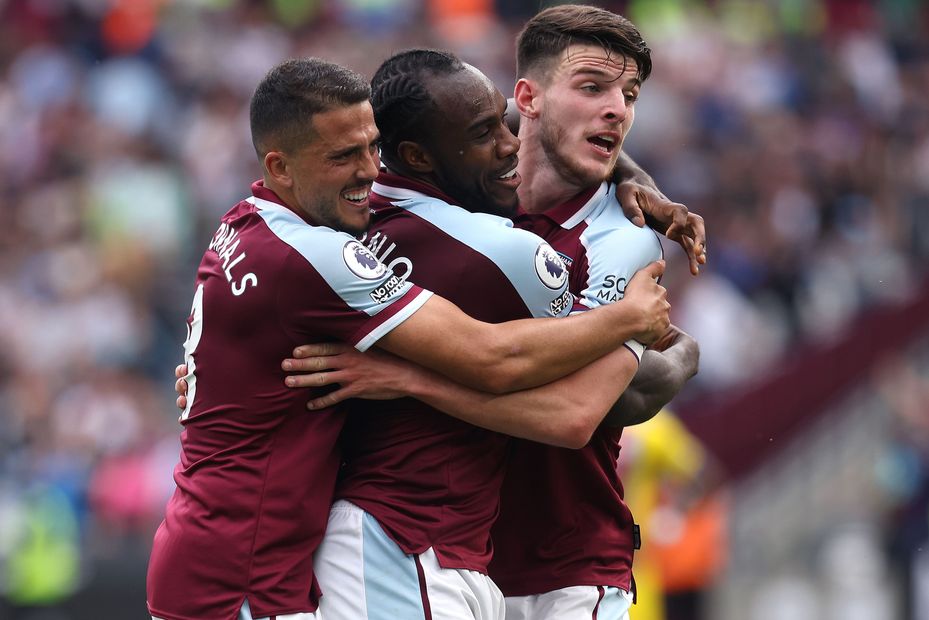 Michail Antonio (£7.9m) delighted the 1.2million Fantasy Premier League managers who trusted him with the captain's armband by scoring and claiming a double-figure haul for the third successive Gameweek.

The 31-year-old forward produced a goal and an assist as West Ham United drew 2-2 with Crystal Palace. Antonio remains top of the FPL player standings on 40 points, after claiming 11 on Saturday, and has made his best start to a season.

Antonio was the second-most popular captain, behind Bruno Fernandes (£12.1m), who was the top pick among managers for the first time this season.

But the Manchester United frustrated the 1.7m managers who trusted him with the armband as he blanked in the victory over Wolverhampton Wanderers, meaning he has now returned only three points in the last two matches.

He was the top captain for the first two Gameweeks but despite seeing his popularity with the armband drop, Mohamed Salah (£12.5m) repaid the faith of the 900,000+ managers who handed him the armband.

Salah returned 10 points in Liverpool's 1-1 draw with Chelsea. It's the third time in nine appearances he has scored against his former club.

The leading 100 managers opted for Son Heung-min (£10.1m) in place of Salah among the top three captains and the Tottenham Hotspur midfielder scored the winner in a 1-0 victory over Watford that puts them top of the table.

His 10 points means he now has six double-digit hauls in his last 10 home matches.

The most-bought player ahead of Gameweek 2 was Said Benrahma (£6.3m), but the West Ham winger disappointed his 1.1m new owners with his first blank of the season.

Transferred out by over 543,000 managers, Ivan Toney (£6.4m) frustrated his sellers by scoring his first Premier League goal as Brentford drew 1-1 with Aston Villa.

Ben White (£4.4m) was the only player among the top three most-sold who did not score. The defender missed Arsenal's 5-0 defeat to Manchester City following illness.