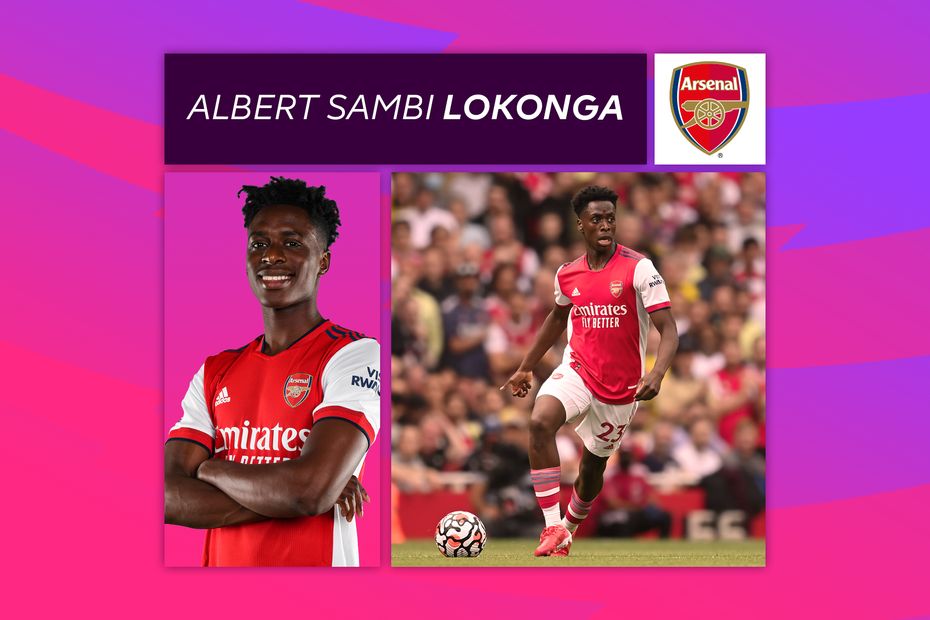 While Arsenal have had a slow start to the season, Lokonga has quietly impressed across his first two matches.

Arsenal have been beaten by both Brentford and Chelsea, but their 21-year-old summer signing from Anderlecht has looked assured in the centre of midfield.

A standout feature of Lokonga’s play is his calm temperament.

When Arsenal are in possession, he does not shirk his responsibilities, constantly offering team-mates an angle for a pass and showing an eagerness to move the ball forward.

He is in the top bracket for successful passes in the opposition half and into the final third.

That ability to slide passes in between defenders will pay dividends for Arsenal's quick attackers.

While Lokonga will be taking risks by attempting longer passes and switches of play, his pass accuracy of 85.8 per cent proves that most of those come off.

If there is an area for Lokonga to improve, it is his work out of possession.

During his first two matches, he and Granit Xhaka struggled to provide a strong platform in front of the centre-backs. Brentford and Chelsea were both able to find their strikers regularly.

Part of the issue is getting to grips with Mikel Arteta’s desire for his players to be bold by pressing opponents inside their own half.

Lokonga can regularly be seen squeezing up to close down space, but when that press is bypassed it can leave big holes behind him.

Overall, Lokonga has made only four ball recoveries, one tackle and one interception inside the opposition half. So far the risk of jumping out of position has outweighed the reward.

On Saturday, Manchester City are sure to enjoy the bulk of possession so it may be more prudent for Lokonga and Xhaka to sit a little deeper.

If the Arsenal pair can play closer to each other and shut off space between the lines, when possession is turned over they have the talent to pick incisive forward passes.

When Thomas Partey returns to fitness it is likely that Lokonga will be replaced, but after two matches it is clear Arsenal have signed a quality technician who offers plenty with the ball at his feet.

Part 1: Neves can unlock Man Utd defence in his new role
Part 2: Mount's movement can give Liverpool the blues