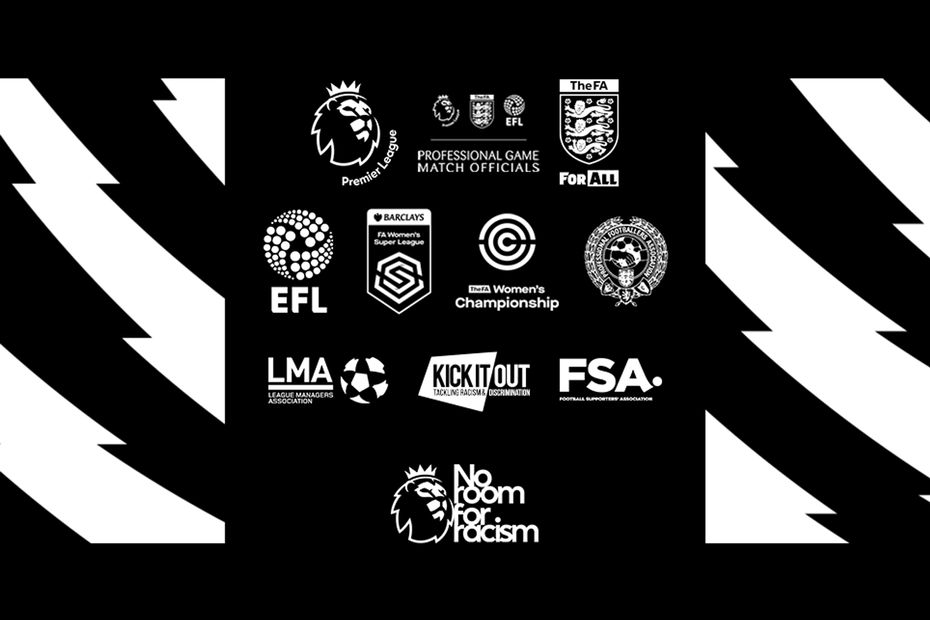 Since last June, many players have chosen to perform this simple yet powerful act of taking the knee to protest against racism and discrimination, and in doing so, have elevated important conversations on these issues in society.

Following a fantastic summer of international football, our excitement for the return of our domestic competitions must be matched by our resolve to stand together against racism and all forms of discrimination.

There is no place in football or society for any form of prejudice and while there have been strides made across our game, recent events have reminded us there is still much work to be done.

After more than a year of football behind closed doors, we are looking forward to welcoming back supporters. Football is not the same without the fans and they are what makes our game so special.

They also have an important role to play to combat discrimination, whether that be reporting incidents, calling out abuse or simply being considerate towards each other.

Taking the knee is an individual choice that many players wish to make as a way of peacefully demonstrating against racism and injustice.

This gesture of unity is not new, and we do not view it as an alignment to any political organisation or ideology, but rather raising the awareness of this important issue.

We ask that fans respect any player that wishes to take the knee and support them in their stance against discrimination.

While not all players will choose to express their opposition to discrimination through taking the knee, players, clubs and authorities are committed to work as a collective to address all prejudiced behaviour through the coming season and beyond.

Players and officials in each competition will continue to wear dedicated campaign sleeve badges for the 2021/22 season, which acts as a constant reminder of the commitment made by authorities, clubs and players to combat racism and discrimination.

This includes No Room For Racism in the Premier League, "Not Today or Any Day" in the EFL and continued support for Kick It Out’s "Take A Stand" initiative across the Barclays FA Women’s Super League and the FA Women’s Championship.

English football will never accept racism or any form of discrimination in our game and we will use every opportunity to send a strong unified message that we are together against inequality. This includes continuing our collective efforts to lobby Government on the Online Safety Bill and urging social media companies to act faster and take action to protect their users from abuse.

Premier League Chief Executive Richard Masters said: "Football has come together to make clear that racism, like all forms of discrimination, is totally unacceptable.

"Our players have expressed their views that they wish to continue to take the knee as a clear symbol against racial prejudice and to highlight injustice.

"English football is fully supportive and behind them displaying this powerful act. Football has the ability to unify, and we all have a responsibility to continue to make tangible change together."

Mark Bullingham, The Football Association's Chief Executive Officer, said: "We stand firmly against all forms of prejudice, so a key pillar of our strategy is to use our influence to deliver a game free from discrimination.

"We are striving to ensure that football at all levels is a safe environment for all, embracing diversity and inclusion, while challenging hateful conduct both on and off the pitch.

“We are very clear on what this symbolic gesture originally stood for 200 years ago and what it continues to stand for today, and that is a fight against injustice, inequality and discrimination. We will support any players who wish to take a stand against racism and discrimination by taking a knee. They have our unequivocal support.”

EFL Chief Executive Trevor Birch added: "The EFL takes the issue of tackling racism and discrimination, in all its forms, very seriously. But we must always strive to do more.

"That is why we commissioned a comprehensive piece of independent research on the issue of anti-discrimination on a matchday to help guide our approach.

"We have heard the message from players who wish to take the knee loud and clear and they have the EFL's support.

"Both within the EFL and across the wider game we are committed to working collectively as we are stronger when we all work together against discrimination."

PFA Chief Executive Maheta Molango said: "Players are acutely aware of the impact of racism, discrimination and social injustice. As their union, we are in solidarity and offer our full support to our members, who choose to use their platforms to send a peaceful and powerful message to a global audience."

Tony Burnett, the Kick It Out Chief Executive Officer, added: “Many fans will be back in stadiums for the first time after a difficult year, and we urge them to respect and support players who have made a collective decision to highlight injustice.

"The real issue we all want to address is tackling discrimination in football, and that is something we can and should all get behind. So let’s support the players, and unite against racism and all other forms of discrimination."

League Managers' Association Chief Executive Richard Bevan said: "The LMA stands united with football’s stakeholders and it is important that the game speaks with one voice to continue to send a loud message that racism and discrimination will not be tolerated. Taking the knee is a powerful display of protest and we fully support any individuals who choose to express their views in such a dignified way."

Kevin Miles, Chief Executive of the Football Supporters' Association, said: "We stand by players who continue to take the knee and make clear their opposition to racism. Supporting your team means supporting the players and supporting those who choose to take the knee. There's no place for racism in football or wider society."