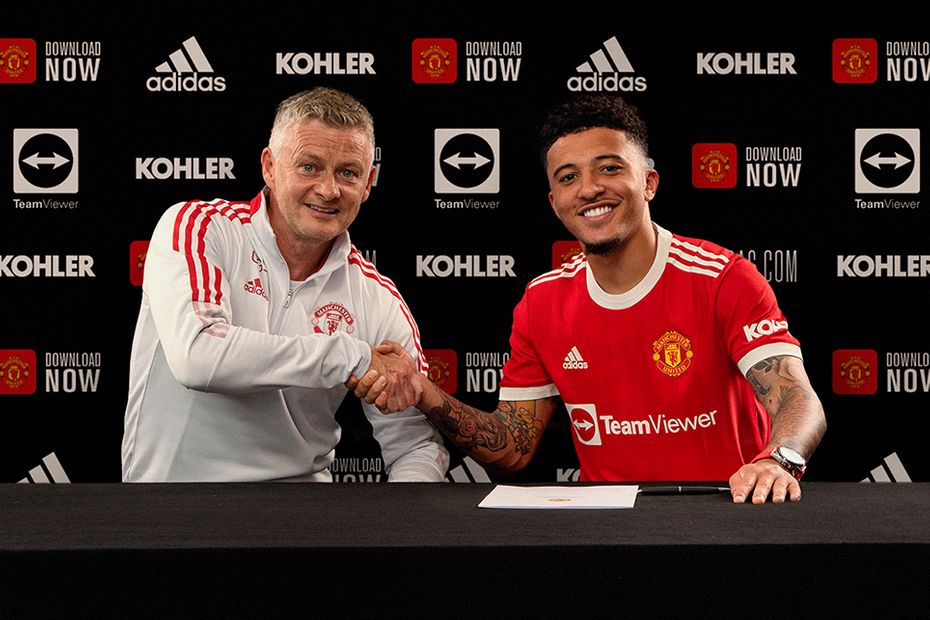 Jadon Sancho: I wanted to be part of this club External Link

There is an exciting new player for managers to consider in Fantasy Premier League after Manchester United announced the signing of midfielder Jadon Sancho (£9.5m), who has now been added to the game.

FPL experts Holly Shand, Sam Bonfield, Chuck Booth, Ben Crabtree and Utkarsh Dalmia have given their verdict on Man Utd's signing, who arrives after establishing himself as a star player for Borussia Dortmund and helping England shine as they reached the UEFA Euro 2020 final.

You can watch them give their views below, as they contemplate the excitement around his arrival in the game, how many points he will get in 2021/22 and whether managers should pair him with 2020/21 top scorer Bruno Fernandes (£12.0m) in their squads.

How exciting is it to see Sancho in FPL?

Should managers double-up on Sancho and Fernandes?