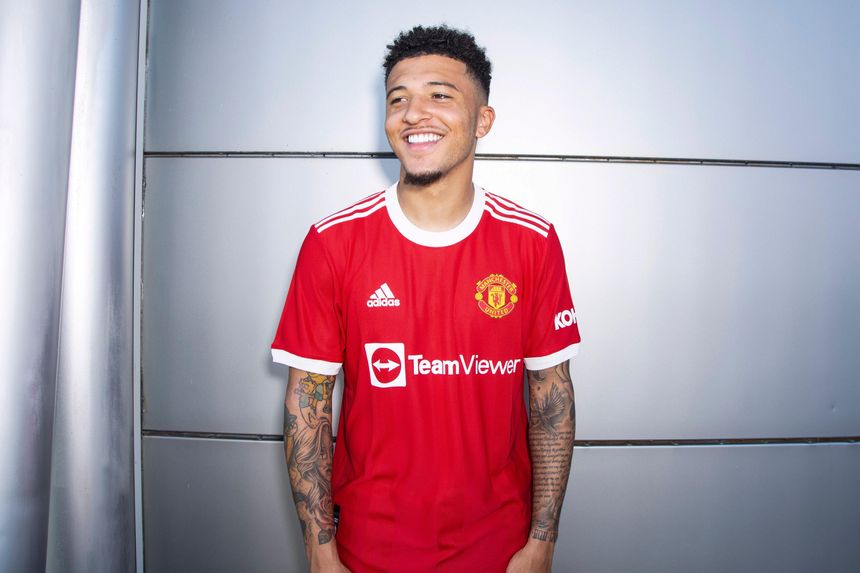 Manchester United have confirmed the signing of winger Jadon Sancho from Borussia Dortmund.

The England international, who will wear the No 25 shirt at Man Utd, has agreed a five-year deal, with the option of a further 12 months.

"The chance to join Manchester United is a dream come true and I just cannot wait to perform in the Premier League," Sancho told the club's official website.

"This is a young and exciting squad and I know, together, we can develop into something special to bring the success that the fans deserve. I am looking forward to working with the manager and his coaching team to further develop my game.”

This is his home.
This is where he belongs.

Sancho came through the ranks in the academies of Watford and Manchester City before leaving for Germany in 2017.

At Borussia Dortmund the winger scored 38 goals and set up a further 51 in 104 league appearances, becoming the highest-scoring teenager in Bundesliga history.

Since 2018/19 he has produced more assists than any Premier League player, with 41, while in the same period no Englishman can better his 78 direct goal involvements, which are level with that of Harry Kane.

The 21-year-old has also scored or assisted 11 goals in 21 UEFA Champions League matches, while this summer he helped England reach the UEFA Euro 2020 final.

Man Utd manager Ole Gunnar Solskjaer added: "Jadon epitomises the type of player I want to bring to the club, he is a forward player in the best traditions of Manchester United.

"He will form an integral part of my squad for years to come and we look forward to seeing him blossom. His goals and assists records speak for themselves and he will also bring tremendous pace, flair and creativity to the team."

Sancho is Man Utd's second summer signing and will hope to make his Premier League debut at home to Leeds United on 14 August.