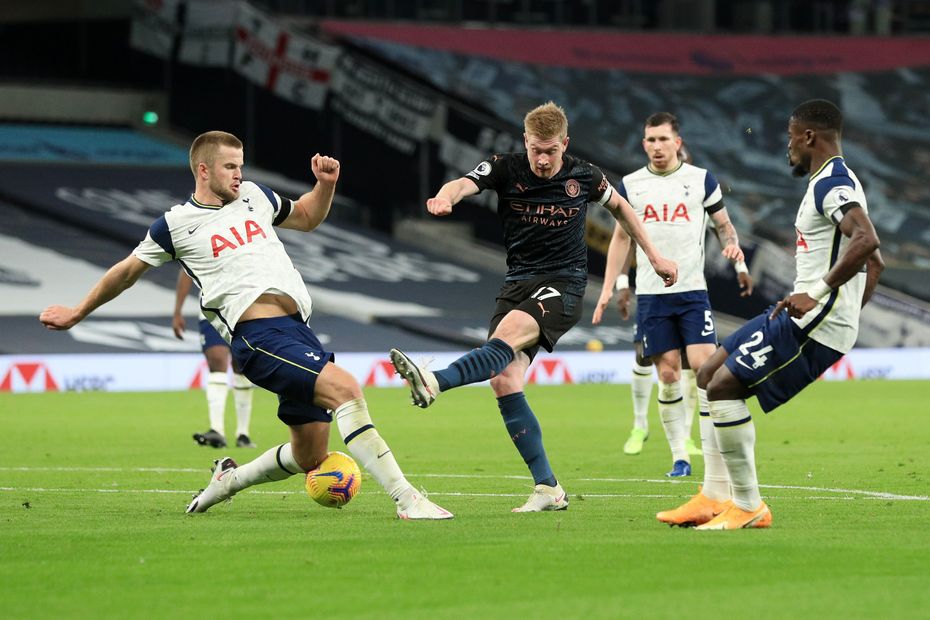 Manchester City face a challenging start to their title defence with a trip to Tottenham Hotspur on Sunday 15 August, as the fixtures for the 2021/22 season are revealed.

The champions finished 24 points ahead of Spurs last season, but they have lost all three of their trips to the Tottenham Hotspur Stadium in all competitions.

Man City have won their opening match of the Premier League campaign in each of the last 10 seasons.

However, the last time they dropped points in their first fixture was at Spurs, drawing 0-0 at White Hart Lane in August 2010.

Elsewhere on the opening weekend, promoted Norwich City will face Liverpool, just as they did when they last returned to the Premier League in 2019/20.

Daniel Farke's Norwich side found themselves 4-0 down at half-time two seasons ago and ultimately lost 4-1. But this time they will have home advantage.

History suggests the meeting could be a goal-fest. There have been 40 goals in the last eight meetings between Liverpool and Norwich, including Liverpool's 5-4 victory at Carrow Road in January 2016.

Neutral Premier League fans will hope for a similarly thrilling repeat, while Liverpool supporters will dream that history repeats itself in a different way - that, like in 2019/20, they start the season against Norwich and end it by lifting the Premier League Trophy.

There could also be goals aplenty at Old Trafford on Saturday 14 August, with Manchester United hosting Leeds United, having beaten Marcelo Bielsa’s side 6-2 in last season’s corresponding fixture.

Brentford will start their first Premier League season with a London derby at home to Arsenal. The third promoted side, Watford, host Aston Villa.

Watch and listen to the action

The Premier League’s UK live radio partners, BBC Radio 5 Live and talkSPORT, will continue to present the action across each weekend, including the 15:00 slot on Saturday afternoons.

The Premier League and its clubs reiterate their ambition of having full stadiums, including away supporters, from the start of the season, and will continue to work closely with Government and all relevant authorities, ensuring operational plans are in place ready to safely welcome supporters back to stadiums in August.

The weekend of Saturday 29 January 2022 forms part of the FIFA International Match Calendar, and as such, no Premier League matches have been scheduled.

Matchweek 37 fixtures are scheduled for Sunday 15 May to avoid a clash with the FA Cup final the day before.

You can get all 380 fixtures sent directly to your mobile device by using the Premier League's digital calendar at pl.ecal.com.