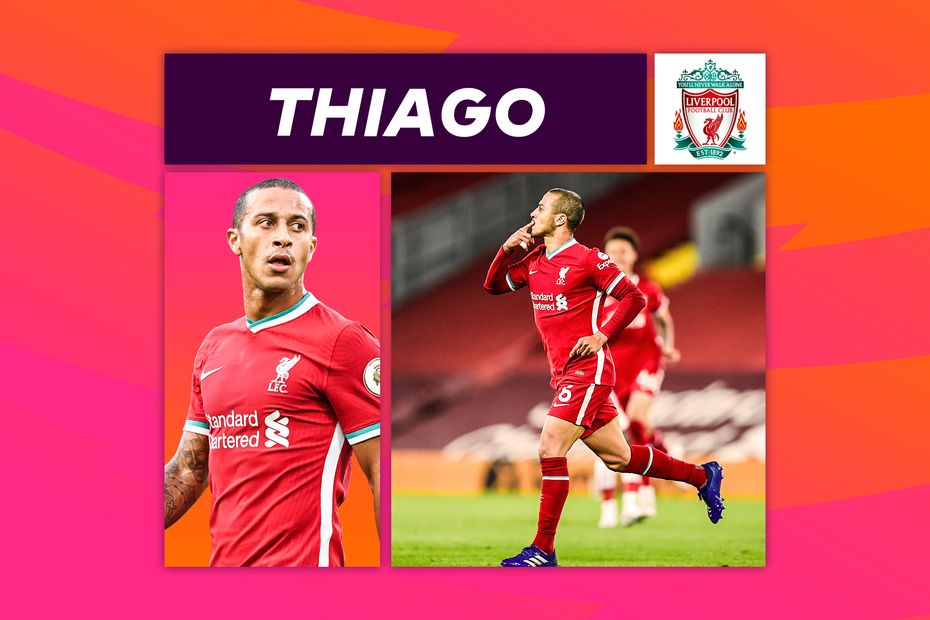 A rejuvenated Thiago could  make the difference in Liverpool's vital final-day home match against Crystal Palace.

The Spaniard has been in mesmeric form in Liverpool's last two matches, dominating West Bromwich Albion and Burnley with his quality in and out of possession.

Performing with a renewed spring in his step the 30-year-old is tailor-made to wear down defensive opponents and move the ball around the field.

Facing a Palace side who will set up cautiously, the speed and incision of his distribution could be key to unlocking the space Liverpool’s attackers need to thrive.

It has been a challenging debut Premier League campaign for the former Bayern Munich midfielder but his confidence is visibly growing.

A positive by-product of his shift in self-belief is Thiago's increase in progressive forward passes.

Earlier this season he often played short passes, mostly inside the middle third and with little penetration.

In recent matches, however, Thiago has been braver in possession and regularly threads passes through to the feet of Jurgen Klopp’s front men.

Indeed, across the last 180 minutes of Premier League action he has picked out Roberto Firmino on 29 occasions.

During the same period Mohamed Salah and Sadio Mane have received the ball 15 and 11 times respectively.

Klopp will encourage that trend to continue against the Eagles.

Like his positive passing, these ball-winning qualities could also be key if Liverpool are to pin Palace back inside their own half for sustained periods.

He will step forward to try his luck at goal too, especially after scoring his first Liverpool goal against Southampton on his last Anfield appearance.

His forward run and sumptuous low strike into the bottom corner shows that Palace cannot afford him too much time and space inside the final third.

The most recent victories against West Brom and Burnley reflect Thiago’s all-round impact for Liverpool.

If he can deliver another commanding display against Palace, Klopp’s men are likely to hang on to their top-four spot.

Thiago's value to the side is growing match by match and a victory on Sunday will provide further evidence of that.