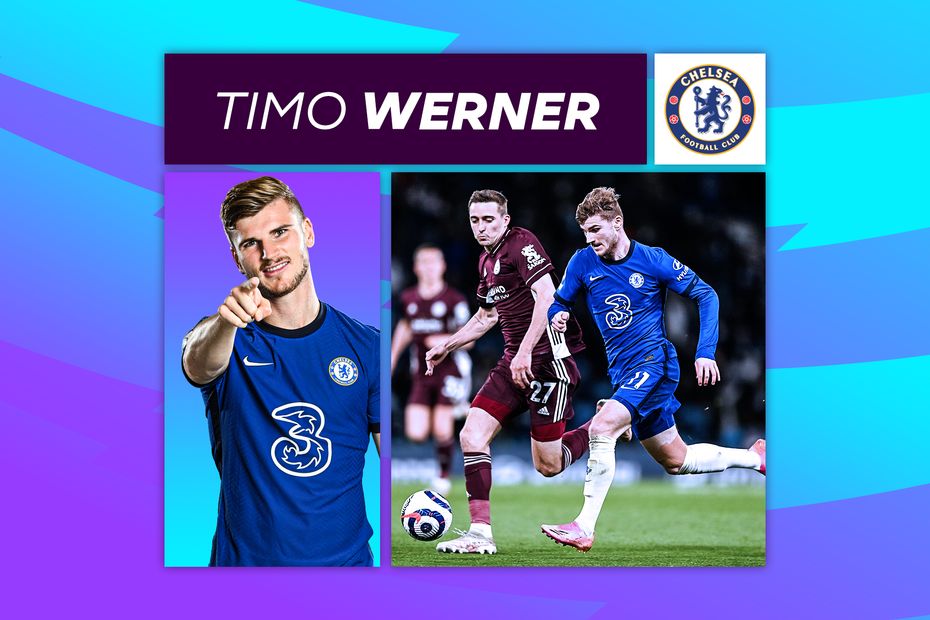 When a striker is not scoring goals they need to help their team in different ways, and Timo Werner is certainly doing that for Chelsea.

Werner has scored only six times in his debut Premier League season and has a conversion rate of just 11.1 per cent.

However, his eight assists mean none of Thomas Tuchel's players have produced more direct goal involvements this term than the German.

This is why Werner is destined to start in Chelsea's crucial match at Aston Villa on Sunday.

Villa's defenders will be wary of Werner’s pace and his desire to make runs in behind them.

Even in the tightest of encounters, Chelsea can stretch the match with a single forward pass for Werner to chase.

With a top speed of 34.1km/h, Werner is not only one of the quickest players for the Blues, he is also one of the most hard-working.

Who sprints most for Chelsea?

In a tactical sense it is easy to see why Tuchel has persisted with Werner despite his lack of goals.

His energetic style sets a positive tone. Whether it be a five-yard sprint inside the area or a run from deep, Werner's movement has been effective.

It is no coincidence that Werner has earned a competition-high five penalties this season, including one in Tuesday night's huge 2-1 win over top-four rivals Leicester City.

Netting 78 Bundesliga times in four seasons at RB Leipzig, it is surely only a matter of time before Werner rediscovers his goalscoring touch.

Converting only five of 23 big chances will be a source of great frustration, but his ability to get into these excellent positions should be regarded as a plus.

His predatory penalty-box instincts mean Chelsea can rely on him to pop up in positions to score more than any other player.

If his finishing improves next season, Werner could well emerge as a Golden Boot contender.

There is a lot to admire about Werner's all-round game.

He has fired off more than double the number of shots inside the box than any of his team-mates, with 65.

He may not have been prolific in front of goal this season but if Chelsea do secure UEFA Champions League qualification then Werner's contributions must not be overlooked.