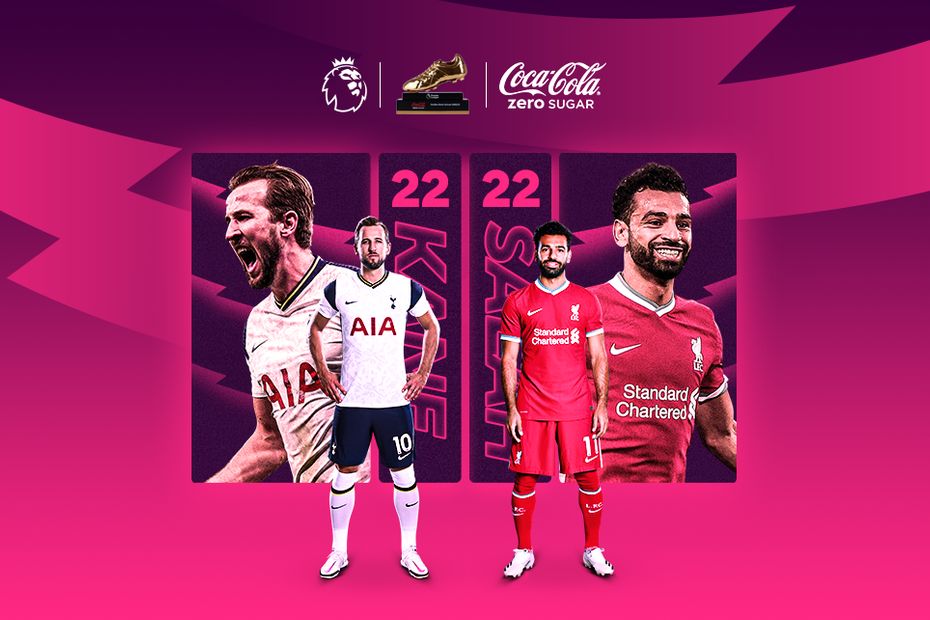 The battle for the Golden Boot is set for a thrilling finale with the two leading contenders level going into the final day.

Both men are aiming to become only the third player to win the Golden Boot, presented by Coca-Cola, for a third time, following in the footsteps of inaugural Premier League Hall of Fame inductees Alan Shearer and Thierry Henry.

Kane is in worse form than his rival. He has scored only once since Matchweek 33, compared with Salah's total of three goals in the same period.

But Kane will fancy his chances of finishing his season strongly when Tottenham Hotspur travel to his favourite opponents. Indeed, he has scored 14 times in 11 matches against Leicester City, with seven of those strikes coming at King Power Stadium including four in one match when he last won the Golden Boot in 2016/17.

Kane also has a prolific record on the Premier League's final day, his seven goals in such matches being the third-highest total in the competition's history.

But Salah has a good record against his own Matchweek 38 opponents, Crystal Palace.

He has scored five goals in his last three meetings with them and will now hope to reclaim the award he lost last season to Jamie Vardy.

Part 2: Kane on the verge of first Playmaker prize