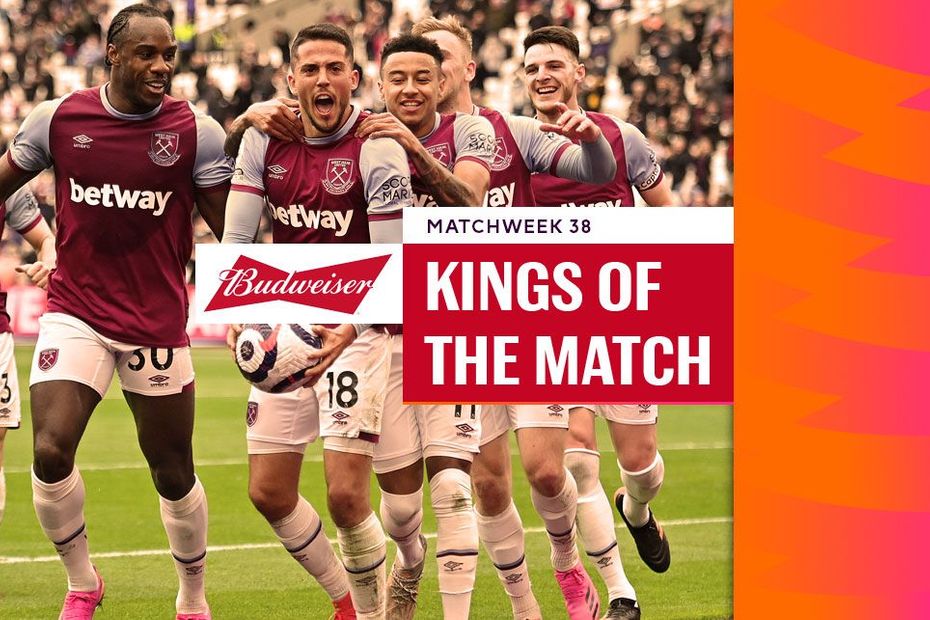 See which players earned the backing of supporters on the final day, including West Ham hero Pablo Fornals

Supporters voted in their thousands to crown their Budweiser Kings of the Match for Matchweek 38.

Shortly after the final whistles at the 10 matches, fans across the world chose their top performers via the official Premier League website and app, and here's who came out on top.

The Ivorian scored both Arsenal goals as they ended the season with a 2-0 win over Brighton & Hove Albion. He claimed three-quarters of the votes.

The Aston Villa winger opened the scoring and won the decisive penalty against his former side Chelsea to narrowly earn the most votes.

Willock broke the deadlock with a fine solo goal and looked menacing throughout, claiming a huge 84.5 per cent of the vote.

Bamford capped a fantastic campaign with his 17th goal of the season as Leeds United earned a ninth-placed finish.

A goal and an assist for the Tottenham Hotspur striker sealed an awards double, winning his third Golden Boot and a maiden Playmaker of the Season prize.

The Senegalese scored twice as Liverpool secured third place with a fifth straight win to be the overwhelming fans favourite.

On his farewell appearance for Manchester City, Aguero scored twice and won almost 80 per cent of the vote.

The striker netted the winner for his eighth league goal of the season as Sheffield United ended their season on a high.

Fornals scored the first two goals and assisted the other, receiving half of the votes, as West Ham United secured sixth position.

The Manchester United midfielder converted a first-half penalty to be easily the most popular player among the voting fans.