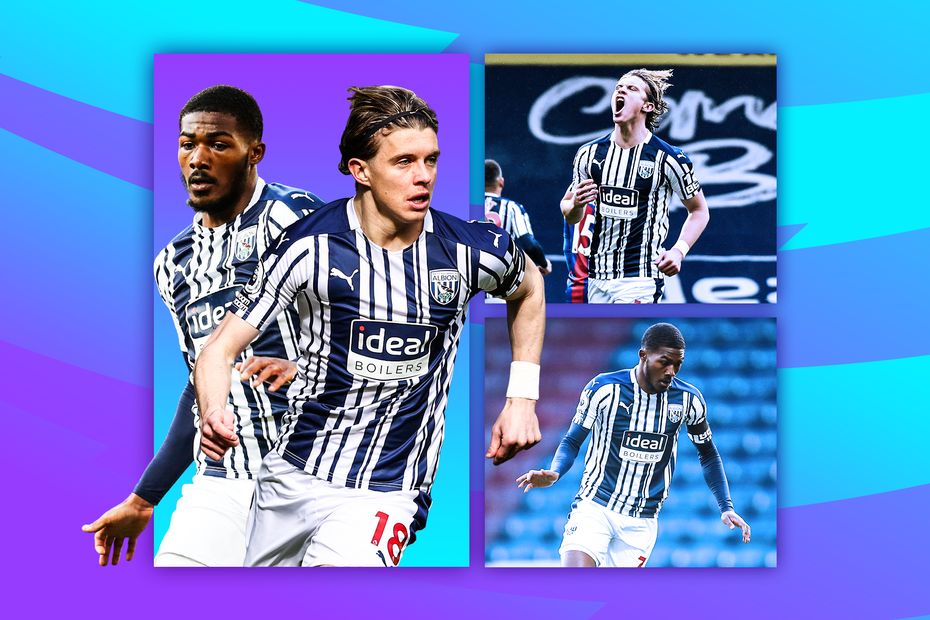 Allardyce: Victory for the fans is our motivation External Link
Nominees to join Hall of Fame in 2021
Sawyers: Stop to think of the impact abuse has

The Arsenal and Chelsea youngsters are both skilful players who combine to good effect as industrious box-to-box midfielders.

They will be of vital importance to West Brom's hopes of beating Wolverhampton Wanderers, whom they face on Monday sitting 19th in the table and 11 points from safety.

The duo could again be stationed in front of Okay Yokuslu if head coach Sam Allardyce opts for a three-man midfield. From there it is their job to provide technical quality and athleticism.

Playing for a side who want to counter-attack, their ability to push West Brom up the pitch faster than the likes of Jake Livermore and Romaine Sawyers has stood out.

The introduction of the loan pair has helped West Brom perform at a quicker tempo on and off the ball.

Chelsea’s Gallagher, 21, is exceptionally fast for a midfield player. He has registered a top speed of 36.05 kilometres per hour this season.

Getting around the pitch quickly means he recovers possession well. He has made more tackles than any team-mate.

The same applies to Maitland-Niles, who registers an average of 18 sprints per 90 minutes.

At their parent clubs Maitland-Niles and Gallagher are accustomed to making numerous passes inside the middle third.

This happens less frequently at West Brom, a side who average only 37 per cent possession in the Premier League.

Instead they are asked to act as supplementary defenders during periods when the team sit back.

Then, once the ball is transferred into the opposition half, Maitland-Niles and Gallagher are charged with picking up second balls and linking play in more advanced areas.

Maitland-Niles’ performance in the 3-0 win at home to Southampton perfectly highlighted the responsibilities he has been given by Allardyce.

He also dropped in to act as an extra defender on the edge of his own box to break up attacks to great effect.

At the other end of the pitch his powerful running helps him press and pick up loose balls in advanced positions.

The 23-year-old rarely shows for a pass inside his own half but is extremely active when Allardyce’s side achieve possession beyond the halfway line.

Neither Maitland-Niles nor Gallagher featured in West Brom’s excellent 3-2 triumph at Wolves in mid-January.

Only a win will do for a Baggies side hoping to claim a fourth consecutive victory against their Black Country rivals.

Recent displays suggest that both players are in line to start, and their inclusion could certainly test a Wolves midfield struggling to deliver consistent form.

Part 1: How Iheanacho is thriving in new Leicester attack
Part 2: Bissouma can give Brighton cutting edge against Leeds