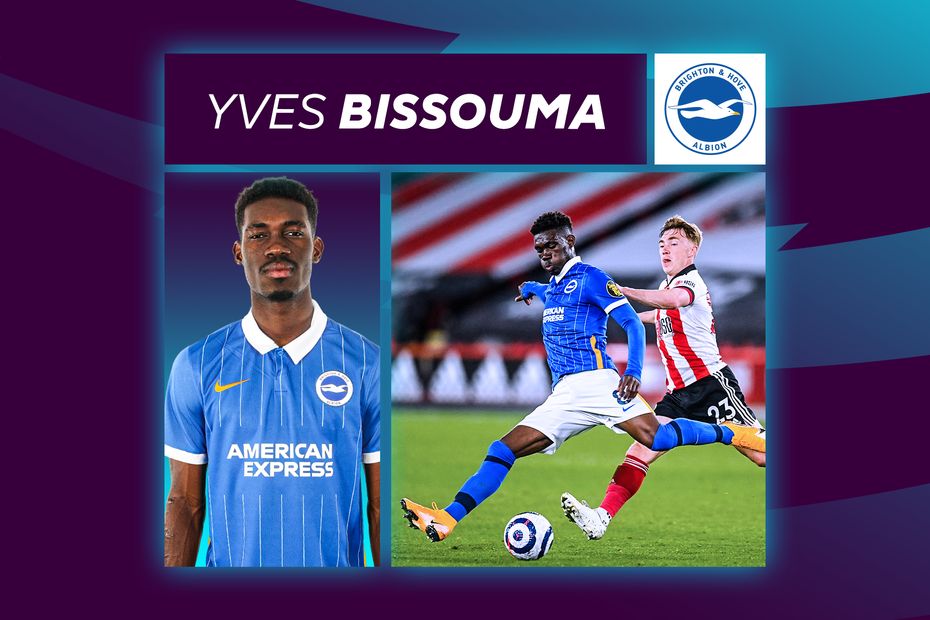 Flashback: Bissouma's final-day screamer against Burnley
Nominees to join Hall of Fame in 2021

Being more ruthless on turnovers will be Brighton & Hove Albion's top priority when they host Leeds United on Saturday.

Graham Potter's Seagulls are outstanding at putting pressure on their opponents high up the pitch.

Only leaders Manchester City and Liverpool have won more high turnovers than Brighton in 2020/21.

Indeed, Brighton almost scored twice at Chelsea in Matchweek 32 after robbing them of the ball close to their own goal.

They will look to replicate this tactic against Marcelo Bielsa's men, another side who like to play out from the back.

No matter which formation Potter selects, his team close down in an efficient and well-organised manner.

Brighton have players who are adept at regaining the ball from a press.

Adam Lallana and Leandro Trossard are hard-working attacking midfielders. They win possession back inside the final third 1.03 and 0.98 times per 90 minutes respectively.

Both are both ranked inside the top 12 Premier League players in this department, so Potter will hope Lallana can recover from a tight calf for Saturday's match.

The next step in this team's development is to make rivals pay from those situations.

Indeed, Brighton have scored only twice from a total of 282 high turnovers.

The Seagulls have potential to score far more goals if they develop a missing clinical edge.

It has, in many respects, been the story of their season.

Brighton have created 320 chances, the seventh-highest total in the Premier League, but their goal tally of 33 ranks 15th.

Two of the best defensive midfielders outside the current top six will go head-to-head at Amex Stadium.

In recent matches Brighton's Bissouma has shone as an all-action box-to-box player, so Phillips must keep an eye on his forward bursts.

Bissouma registered a total of 10 shots against Sheffield United, Chelsea and Everton, breaking into the box on a consistent basis.

In Brighton's search for more goals, Bissouma is striving to improve their attacking threat.

It will be fascinating to see if he can provide unlock a Leeds defence who have let in only four goals in their last six matches.

If he does, it could help 17th-placed Brighton to a win that would take them 10 points clear of the relegation zone.