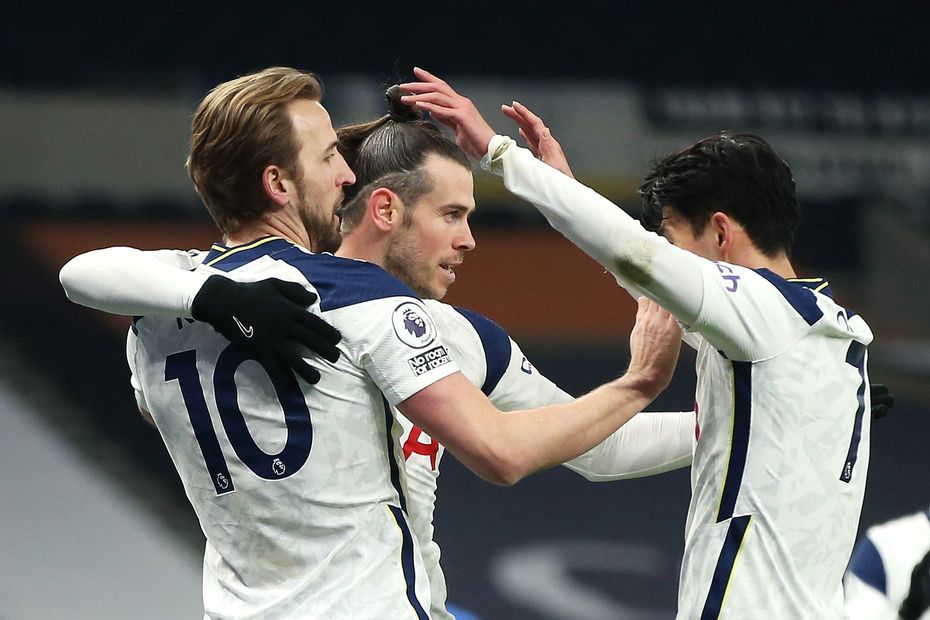 The Scout on why Kane, Bale and Son offer armband solutions as Fernandes and Salah square off

GW34 Differentials: Gareth Bale
FPL Update: Is it time to sell Fernandes?
Nominees to join Hall of Fame in 2021

Harry Kane (£11.8m) is Spurs’ form player, with the forward racking up seven goals and two assists in his last six appearances.

Son Heung-min (£9.5m) and Gareth Bale (£9.1m) provide strong alternatives for managers who are looking to chase down mini-league rivals.

Son has been far more explosive when playing at the Tottenham Hotspur Stadium this season, with seven of his last eight double-figure hauls coming at home.

Bale is the big differential.

The Welshman is owned by just 3.0 per cent of managers, whereas both Kane and Son are in 45 per cent of squads.

Bale returned to Spurs' starting line-up in their first match under Ryan Mason against Southampton in Gameweek 32, scoring and earning nine points.

He has produced 42 points across his last three home starts.

The popularity of the Spurs trio is further boosted by the fact that Bruno Fernandes (£11.5m) and Mohamed Salah (£12.7m) will be going head-to-head at Old Trafford.

Manchester United and Liverpool played out a goalless draw in their last meeting in Gameweek 19.

And Fernandes’ recent output is likely to deter many from captaining him, after just one goal and one assist in eight outings.

Salah is the form player of the two, having scored in each of his last three Premier League starts.

Take a chance on a defender?

Finally, a pair of big-hitting defenders could emerge as big alternatives for the captaincy.

Chelsea wing-back Marcos Alonso (£5.7m) welcomes Fulham on the back of 38 points in his last five home starts.

Meanwhile, Leeds United’s Stuart Dallas (£5.3m) visits a Brighton & Hove Albion side who have scored just once in their last four matches.

He produced his season-high haul of 17 points in his last away match, a 2-1 win at Manchester City.

Part 2: GW34 Captains: Iheanacho can extend scoring streak
Part 3: Who to captain in GW34? What the experts say